Hindware goes the Bollywood way to launch its new TVC

Quite like a movie promo plan, Vizeum helped Hindware launch a teaser campaign two days prior to the final TVC rollout during ‘Nach Baliye’ on Star TV. McCann is the creative agency 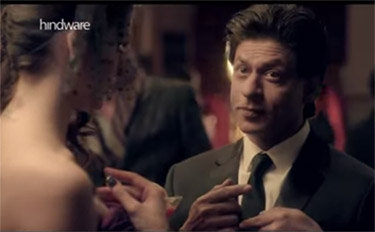 Hindware goes the Bollywood way to launch its new TVC

Quite like a movie promo plan, Vizeum helped Hindware launch a teaser campaign two days prior to the final TVC rollout during ‘Nach Baliye’ on Star TV. McCann is the creative agency

On the night of June 7, 2015, HSIL, which owns brand Hindware, chose to launch its television commercial with Shah Rukh Khan in complete Bollywood-style. Vizeum conceptualised and executed the launch.

The TVC has been created by McCann Erickson, Delhi.

The final campaign was launched on Star Plus’ dance reality show, ‘Nach Baliye’, with the teaser embedded into the show’s content. Before taking the commercial break, the host thoroughly discussed SRK’s new obsession and asked the viewers to stay on to find out the whole story. Then the full TVC (the “movie”) of 75-second duration was played out. Once the show resumed after the break, the host continued discussing with the judges about bathroom inspirations and in conclusion he said, “Not only SRK, but the whole country could keep admiring bathrooms so stylish.”

Speaking about the innovation, V Krishnamurthy, VP, Marketing, HSIL, said, “This was our first campaign after signing on SRK and we wanted to ensure that the launch of the TVC is conceptualised differently. Working closely with our media agency, Vizeum, we managed to pull off something very different.”

Commenting on the execution, S Yesudas, MD - Indian Subcontinent, Vizeum, said, “It took a lot of coordination and effort to pull this through. Without a supportive client, this would not have been possible.  I’m also thankful to the Star TV management for making this happen.”

Reinforcing the brand’s commitment of creating unique experiences for the bathroom space, the TVC not only gives a new perspective to the concept, but also showcases an intriguing story with SRK being enticed by the Hindware Italian Collection.

Speaking on the new brand campaign, Krishnamurthy said, “The TVC featuring Shah Rukh Khan takes luxury in the bathroom segment to another level and establishes Hindware as a complete bathroom solution provider. Moreover, with the emerging concept of bathroom space as a ‘retreat’ and a place to revel and luxuriate, the campaign brings into light the unique combination of elegance and beauty which is exquisite. While it is fun to see Shah Rukh Khan getting enthralled by the Hindware Italian Collection, the TVC reiterates the message of bathroom and wellness as an upcoming concept. We are happy to see Shah Rukh Khan exemplifying our brand attributes with his exceptional onscreen skills and justifying it completely for that everlasting impression.”

Speaking to BestMediaInfo.com, Ravinder Siwach, Executive Creative Director, McCann Worldgroup, said, “Shah Rukh is a film star, so we thought we could launch the ad campaign like a film promo and get people excited about what is coming. The concept of the ad is that when Shah Rukh enters the bathroom, he starts speaking in Italian. So it may look like as if it is about a new movie of his. There is usually a lot of hype whenever a new Shah Rukh movie is about to be released.”

He further said, “The objective of this TVC is to showcase Hindware’s Italian collection. While Hindware is known for its sanitaryware range and bathroom fittings, their Italian range is not very well known. To highlight this, we show Shah Rukh utter some adjective in Italian to express his wonderment at the bathroom fittings every time he finds an excuse to go to the bathroom and discovers a new range there. In the last scene, where he takes a shower, he sings a song that is entirely in Italian. We hope that the Italian part is successfully highlighted.”

Director (of the film): Llyod Baptista