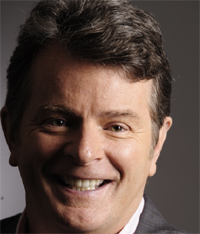 John Zeigler, currently Chairman and CEO, DDB Asia Pacific India and Japan, has announced his retirement from the agency. Effective October 1, 2015, he will take on the role of Chairman Emeritus, DDB Asia Pacific.

David Tang, who currently leads DDB Group Singapore, has been appointed as CEO of DDB Asia. In this role, Tang will be responsible for managing DDB offices in Southeast Asia, Greater China, Japan, and Korea. He will report to Chuck Brymer, Chief Executive Officer of DDB Worldwide.

Kamath said, “Since the acquisition of the Mudra Group by DDB in November 2011, it has been a fascinating growth journey. As part of the DDB Asia Pacific network, we learnt a lot from John, Marty, David and the rest of the team in APAC. I now look forward to working closely with our Global CEO Chuck Brymer. For my colleagues and me, this new reporting structure underscores the importance of the DDB Mudra Group and the immense potential for growth in India.”

Zeigler said, “I have worked with many talented people, and the time is right for these same people to continue to drive DDB Asia Pacific forward. DDB has been my extended family for so long, and I will always think of it with fondness, pride and admiration.”

Brymer commented, “John has been a terrific partner for both DDB and myself. He contributed an enormous amount to our agency’s growth in terms of our people, our work and our clients. We wish him well in his new endeavours. I also look forward to working closely with our colleagues in India, Asia, Australia and New Zealand.”