Bhattacharyya joins in from BBDO, where he spent close to eight years partnering Josy Paul in setting up the agency in India. At Grey, he will oversee the Mumbai, Gurgaon and Bangalore offices 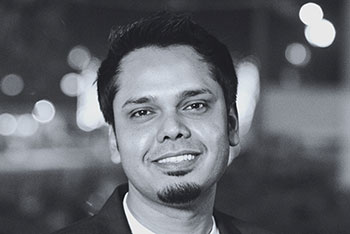 Bhattacharyya joins in from BBDO, where he spent close to eight years partnering Josy Paul in setting up the agency in India. At Grey, he will oversee the Mumbai, Gurgaon and Bangalore offices

Grey Group India has brought on board Sandipan Bhattacharyya as its Chief Creative Officer. Bhattacharyya, who will take charge from August 1, 2015, will oversee the Mumbai, Gurgaon (New Delhi NCR) and Bangalore offices across all platforms, including advertising, digital and below the line. He will be based in Mumbai, reporting to Sunil Lulla, Chairman and Managing Director, Grey Group India.

Bhattacharyya returns to Grey Group from BBDO, where he spent close to eight years partnering Josy Paul in setting up the agency in India and shaping its creative reputation. He was the Executive Creative Director and was pushing the creative mandate on several global clients like PepsiCo, General Electric, Hewlett Packard, Aviva Life Insurance, P&G Gillette and Wrigley. In a career spanning over 16 years, his previous stints include Saatchi & Saatchi, Enterprise Nexus and a long run at Grey Group as Creative Director of the agency’s Mumbai office.

“We are delighted to welcome Sandipan back. His entry is timed to reignite Grey and drive its culture of creating ‘Famous & Effective’ work for Grey’s clients. He brings in a terrific blend of zing and zany energy, with an astute and an intuitive understanding of consumers. I am delighted to have a partner who will bring transformational change to Grey Group India, with a mind and a working style, which seamlessly integrates the communication process, across platforms, media, technologies and consumer states. In an ever changing world, now Grey’s capabilities will be significantly enhanced with Sandipan’s leadership,” said Sunil Lulla.

Commenting on his move, Bhattacharyya said, “What’s interesting in today’s ad landscape is what I call freestyling. No rules, no limits, just format-defying, medium-bending work. Gun shops that spring a surprise moral dilemma, car companies promoting bodypaint and a ridiculously simple Superbowl interception that makes everyone spending millions on a 30-second spot, seem like an idiot – that’s freestyling. And guess what, it’s all happening at Grey. My chats with Tor and Per just made one thing amply clear – I’d be a fool to pass up this opportunity!”

Bhattacharyya’s brand work ranges over a wide spectrum from television campaigns to non-traditional and experimental. His work on PepsiCo brands, Aviva and Plan India has consistently won at Cannes Lions, Spikes Asia, Adfest, Effies, AMES and other local award shows such as Goafest. His campaign for Wrigley’s Orbit White is featured in the Shots compilation of best Indian TV ads.

He believes that creating ads is passé, what’s relevant today is creating conversations, and his recent film for iCongo – questioning the ethics of opportunistic advertising – is a well-debated case in point.

The announcement comes hot on the heels of Grey Group being the third most awarded Network globally at the recently concluded Cannes Lions 2015.