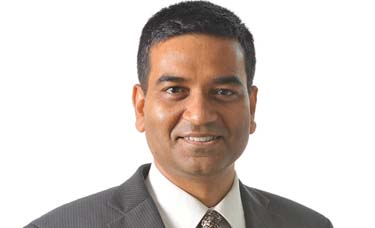 The change comes as Helen McRae is appointed Mindshare UK CEO, a role she will combine with her responsibility as Chair of Mindshare Western Europe, representing Europe on the GroupM Europe board. McRae’s Africa responsibilities will now pass to Srivastava, who’s extended remit will cover APAC, Russia, the Middle East and Africa.

Nick Emery, Global CEO, Mindshare, said, “Ashutosh continues to broaden his scope and influence as all our best people do. 1’m delighted that his influence will now have a direct effect on Asia, Africa and the Middle East. We will be all the richer for it.”

Srivastava commented, “The intent of this is to more strongly connect the growth markets together in the same way that many of our clients have organised themselves and so helping them unlock that growth through a strong, joined up network of resources.”

At the same time, Christof Baron will take on the role of CEO, Central and Eastern Europe (CEE), to drive Mindshare’s growth in the region and oversee the international development of German-based clients. Baron will also continue his role as non-executive Chairman of Mindshare Germany.