With this, Vogel joins MEC’s Global Executive Committee and will be relocating to MEC Hong Kong. He had joined MEC Australia five and a half years ago 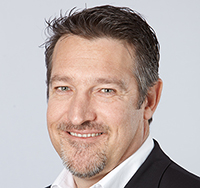 With this, Vogel joins MEC’s Global Executive Committee and will be relocating to MEC Hong Kong. He had joined MEC Australia five and a half years ago

MEC has appointed Peter Vogel as CEO of MEC, Asia Pacific. The announcement was made by Charles Courtier, Global CEO. With this, Vogel joins MEC’s Global Executive Committee and will be relocating to MEC Hong Kong in the next few months.

Vogel had joined MEC Australia five and a half years ago and was instrumental in the agency’s business successes such as Nestlé, Netflix, Domino’s Pizza, Allianz, Channel 7, Blackmores, South Australia Government, Combe, Menarini, RSPCA and Tiffany.

Commenting on Vogel’s appointment, Charles Courtier said, “Peter is one of our industry’s most seasoned business leaders and the natural choice to take on this crucial role. He has done an amazing job for us as CEO of Australia over the past five and a half years, doubling the size of the agency and infusing it with a thriving culture. In his new role, he’s intent on developing MEC’s framework in Asia Pacific to drive real change and growth in the region. I’m confident that he’s a leader with the right blend of strategic vision and business acumen to get us there.”

Peter Vogel added here, “I am honoured to be taking on this new role. APAC is the growth engine of the global economy and provides the biggest growth opportunity for our international organisation. This is not only an exciting opportunity, it’s also a big responsibility for all of us in the region; if APAC grows, MEC grows. I’m relishing the challenge to create long-term sustainable growth for MEC. We have the talent, the passion and track record to succeed.”

Vogel has 25 years of experience. Prior to becoming CEO of MEC Australia, he moved from Singapore, where he was Chief Strategy Officer for MEC Asia Pacific. In this position, he was responsible for MEC’s product across the region. Before moving to APAC, he was in South Africa, where he was CEO of MEC and Nota Bene South Africa, the award winning strategy agency he founded in 1997.

Before starting Nota Bene, Vogel was Group Business Director at Ogilvy in Cape Town. He joined Ogilvy after working for Volkswagen and Audi as Marketing Manager for more than five years.

Meanwhile, James Hier has been appointed as new CEO for MEC Australia and New Zealand.