This year, Midas Awards, which honour the world’s best financial advertising, has expanded the Use of Discipline categories, introducing both Effectiveness and Recruiting categories 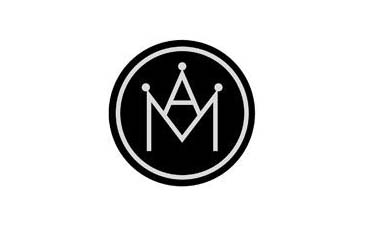 This year, Midas Awards, which honour the world’s best financial advertising, has expanded the Use of Discipline categories, introducing both Effectiveness and Recruiting categories

The Midas Awards 2015 competition honouring the World’s Best Financial Advertising is now open for entry. The deadline to enter the 2015 Midas Awards is September 15.

The Midas Awards is the only awards show to recognise excellence in financial marketing and advertising on a global scale. Each year, Executive Director Alisun Armstrong strategically updates and evaluates the competition and its categories and implements changes to reflect the innovative work currently being produced in the financial advertising and marketing industry. This year, Midas Awards has expanded the Use of Discipline categories, introducing both Effectiveness and Recruiting categories.

“The Midas Awards has always celebrated creative excellence, but now we’re adding the option for entrants to demonstrate the results of their campaigns,” said Alisun Armstrong. “The new Effectiveness category allows brands and agencies to showcase the payoff of the creative arsenal employed to engage consumers and boost the brand.”

As agencies and brands continue to expand, the process of finding qualified employees has become more challenging. Creative ways to attract, evaluate, and hire employees are a necessity in this competitive playing field. The newly unveiled Recruiting category will showcase inspired trends in sourcing and hiring the best-qualified candidate.

Last year’s competition marked the debut of The Midas Brand Report, a ranking similar to, but marking advertisers’ performance based on points earned within the Midas Awards. This recognition of innovative brands and their efforts to engage consumers on a multitude of platforms resulted in 10 global brands being recognised for elevating the financial advertising industry.

“The success of these creative rankings briefs, both the Midas Brand Report and the Midas Report, illustrate the importance in showcasing all facets of creative excellence within the financial advertising and marketing community,” said Armstrong.

The Midas Awards Grand Jury is recruited from prominent international agencies. Client and agency leaders from the creative and marketing disciplines, as well as internationally recognised experts in financial policy and communications, will be represented. The jury awards Midas Gold and Silver Ingots to the highest scoring entries, and awards the Grand Midas to the entry considered ‘Best in Show’. The results of the jury are parked in an annual rankings brief, The Midas Report and The Midas Brand Report.

Founded in 2001, the Midas Awards is the only competition to recognise excellence in financial advertising and marketing on a global scale, honouring the World’s Best Financial Advertising in banking, brokerage, insurance, mutual funds, credit cards, real estate, accounting, and consulting. The competition invites entries in four specific categories – Products & Services, Craft, Use of Medium, and Use of Discipline.