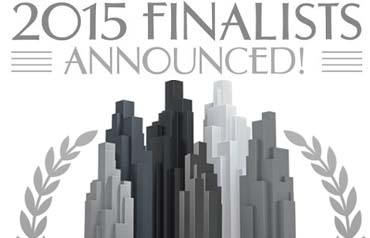 DDB Mudra Group leads with six finalists, followed by McCann Worldgroup (two finalists) and Crayons Advertising (one finalist). Award winners will be announced on May 21 at the New York Show

This year, nine entries from India have made it to the Finalists’ list. DDB Mudra Group has scored six finalists, which include four for client Volkswagen in the Design competition. Three finalists are for the Posters category for the works titled Bi-Xenon Headlamps, Automatic Distance Control and Hill Hold Function. The work titled Automatic Distance Control is also a finalist in the Art Direction category. The agency has bagged two finalists in Outdoor competition in the Billboards and Sporting Events categories for client Zee Media Essel Group for the work titled The Misunderstood Scoreboard.

Crayons Advertising has bagged a finalist in the Direct & Collateral competition in the Healthcare Products & Services category for the work titled Trap Your Hair Problems done for client Bakeson’s Hair Clinic.

All entries achieving finalist status are now eligible to earn all levels of awards, including Best of Show. Award-winning entries will be announced at the New York Show on May 21, 2015.

The 2015 New York Festivals competition expanded their global reach with entries received from 89 countries around the world. The US led with 230 Finalist entries, a 24.5 per cent increase over last year. German agencies saw 163 entries achieve Finalist status. The UK saw 126 entries move on to the trophy round, a 59.5 per cent uptick over 2014. Australia moved forward to the trophy round with 115 Finalist entries, France 85, Brazil 64, South Korea 55, and Swedish agencies achieved 52 Finalists.

The 2015 Grand Jury comprised over 400 creative directors, executive creative directors and worldwide chief creative officers from 100 countries around the globe. The Finalists were chosen through an online judging session and a live collateral judging session. All Finalist entries will move on to the live judging round with the 2015 Executive Jury, an elite group of global creative officers. The Executive Jury will convene in New York City on May 15-19 together in one room to judge all mediums through four rounds of judging and select the World’s Best Advertising. The Executive Jury, using NYF’s patented matrix judging system, will select all levels of awards – Third Prize, Second Prize, First Prize, Grand Prize Award and Best of Show.