Trehan will head digital content and syndication at HT Media. He was previously heading MSN & MSN Apps India at Microsoft 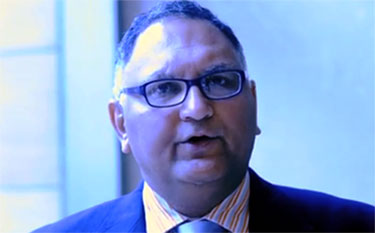 Trehan will head digital content and syndication at HT Media. He was previously heading MSN & MSN Apps India at Microsoft

MSN India’s Head, Sanjay Trehan, has rejoined HT Media as Business Head of Digital Content and Syndication. Following a six-year stint with Microsoft, Trehan is set to lead the charge for Hindustan Times’ digital properties, including Hindustantimes.com, Livemint.com, Livehindustan.com, and DesiMartini, among others. His last day at Microsoft was March 16, 2015.

Confirming the development to BestMediaInfo, Trehan said, “Other than the fact that I have spent a considerable amount of time with the brand earlier, HT Media’s current plans in the digital space are what led me to come back. With the growth of digital across regions, we intend to scale our operations and engage the tier 2 and 3 markets, where digital penetration is increasing.”

Trehan’s earlier stint with HT Media lasted four years from 2001, when he served as Chief of Internet Business. He had joined Microsoft in 2009 to develop and lead the strategy for MSN and MSN Apps businesses for the Indian market. Prior to Microsoft, he was CEO of NDTV Convergence since March 2007.