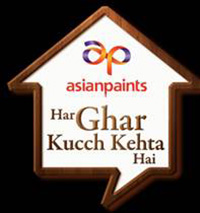 Showcasing never-seen-before journeys of some of the biggest celebrities, Sony Entertainment Television has launched the second edition of ‘Asian Paints Har Ghar Kuch Kehta Hai’, produced by BBC Worldwide India. The show airs every Sunday at 7.30 PM and is hosted by actor Vinay Pathak. The series takes celebrities from various walks of life back to their special childhood homes to relive their memories.

Based on the format ‘The House That Made Me’, ‘Asian Paints Har Ghar Kucch Kehta Hai’ has Pathak accompanying the celebrities on an emotional journey. He takes them back to their roots where they come face to face with their past, as they revisit the people and places that helped make them who they are today. Each episode features one celebrity from a humble background who has successfully carved a niche for himself through sheer talent, hard work and determination. The seven-part series features prominent celebrities such as Olympic bronze medallist Mary Kom, legendary Bollywood villain Prem Chopra, popular singer Kailash Kher, multi-talented choreographer Terence Lewis, and cricketer Virender Sehwag, amongst others.

Gaurav Seth, Senior VP and Head - Marketing, Sony Entertainment Television, said, “‘Har Ghar Kucch Kehta Hai’ intends to inspire people by presenting stories of celebrities who have come from modest backgrounds and reached starry heights. The show is a mix of nostalgia and heart-warming stories, where celebrities relive their childhood days with Vinay Pathak. We are confident that viewers will enjoy watching these very interesting stories."

Amit Syngle, President, Decorative Business Unit - Sales, Marketing & Technology, Asian Paints, said, “The first season had received an overwhelming response. At the same time, the various awards conferred on this show have given us tremendous encouragement as we start off season 2. The second season builds on the format from last year and introduces viewers to seven new celebrities and their homes which helped them start off on their path to success. The memories and stories of these homes reflect our brand's core philosophy of ‘Har Ghar Kucch Kehta Hai’, and the beauty of each home is evinced by the memories, people and stories which it has helped shape. Like last season, Asian Paints has left a small surprise in each of these celebrities’ homes, with a transformation which reflects our role in our consumers’ lives.”

Myleeta Aga, Senior VP, General Manager, India and Content Head, Asia, BBC Worldwide, said, “BBC Worldwide Productions is continually committed to delivering excellent work with a focus on quality storytelling with superior international production values. Especially with subject matters so personal, it was extremely important to shoot the series in a sensitive, evocative and heart-warming manner, which I believe our team has been successful in doing.”