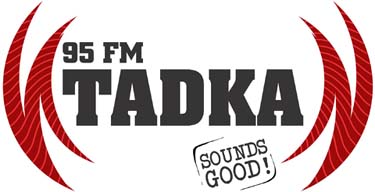 On the midnight of September 25, the radio industry is all set to witness a new world record. 95 FM Tadka is gunning to create a record by being the first radio station to air a 1000-hour-long, non-stop, live RJing marathon. This initiative marks the radio station’s eighth anniversary.

Part of the Patrika Group, 95 FM Tadka is present in four major cities - Jaipur, Udaipur, Kota and Raipur. The FM station has been featured in the Limca Book of Records in 2012 for its 195-hours long, nonstop RJing attempt. Time and again, Tadka has been acknowledged for employing innovations and listener engagement initiatives.

Alok Sharma, CEO, 95 FM Tadka, said, “Tadka has marked an important place in the hearts of its listeners, and since 2009 it has maintained the No 1 position in every IRS. Furthermore, with this world record, 95 FM Tadka has got a very good response both from listeners and advertisers.”

The radio jockeys who are a part of the record-breaking RJing initiative are: Sachin-Swati, Devangana-Kriti and Sameer- Zoya. In the course of the RJing marathon, various social issues and topics are being addressed, and listeners are coming forward and voicing their opinions.

“Our radio station has received an overwhelming response from listeners, and they are feeling more connected with the live RJing,” said Praveen Sharma, Programming Head, 95 FM Tadka.