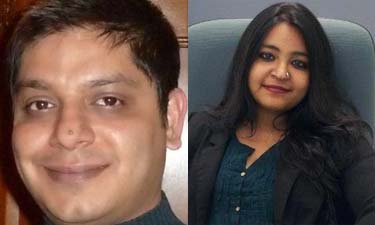 Following the recent high-profile exits from Times Television Network, two more people have decided to move on. Rahul Sethi, General Manager, Marketing at Zoom Entertainment, has called it a day. In another development, Mansi Srivastav, Programming Head at Movies Now & Romedy Now, has also put in her papers.

Sethi spent close to three years with Times Television Network. Prior to this, he was Director of Business Operations at NDTV Imagine where he managed the startup television business. He also has experience of managing music programming and celebrity content at MTV and even looked after various marketing functions for Nickelodeon.

Sethi started his career at Ogilvy & Mather as Group Account Manager in Mumbai where he managed big brands like Unilever, People Group, Pidilite and Garware Sunfilms among others.

Mansi Srivastav spent more than four years at Times Television Network. She has also worked as Executive Producer at Zoom TV and as Associate Producer of Channel V and NDTV.