A trip down memory lane with PepsiCo

The #BackToSchool video, released over the weekend, has garnered more than 5.5 lakh views and 2.5 lakh shares in a span of four days 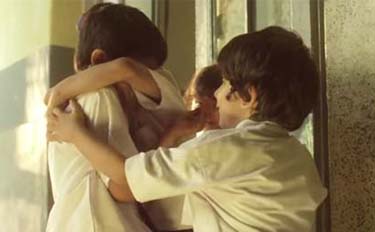 A trip down memory lane with PepsiCo

The #BackToSchool video, released over the weekend, has garnered more than 5.5 lakh views and 2.5 lakh shares in a span of four days

It is said that no matter where we are and how old we grow, we usually don’t forget our school friends. The bond just gets stronger with time and remains so throughout our life. Banking on this beautiful relationship, this Friendship Day, PepsiCo urges viewers to take a trip down memory lane with their latest digital campaign #BackToSchool, which celebrates the joy of togetherness.

The video captures the mesmerising journey of four friends, who eat together, grow together, play together, study together in school and finally prepare to face the real world, but not without each other. The video, released over the weekend, has garnered more than 5.5 lakh views and 2.5 lakh shares in just four days.

Advertising maestro and popular author, Anuja Chauhan, who helped conceptualise the video, said, “The school farewell is a rite of passage that's been neglected in advertising. It's a day of looking forward, as well as of looking back, when you’re hopeful, excited and extremely nervous. People think teenagers are too young to experience nostalgia – but they do! Am glad tiffin-chors across age groups want to go #BackToSchool.”

The film is about four young friends - Ranvir, Arjun, Manjot and Meeta - celebrating their passing out from school and looking back at the journey of how they became friends. Memories flash in front of their eyes as they walk through the corridors and classrooms, reliving the making of their special bond. During the farewell party, they share bottles of Pepsi and sneak Lay’s from each other’s packets, just like what old buddies do when they meet. The last scene shows Meeta on the merry-go-round swing, along with her friends, and all of them look forward to a future where they know they will meet and continue to cross paths. The video ends with a voiceover: ‘School Khatam Ho Raha Hai… Dosti Nahi!’

Rishi Dogra, Head of Digital - Po1 at PepsiCo, said, “They say your best friends are the ones you made back in school and they are irrevocably tied up in your life stories. This friendship day, we wanted to celebrate those unbreakable bonds you share with your best buddies. Our campaign with Pepsi and Lay’s forms a beautiful backdrop, sparking a vibe that makes you relive those amazing moments you spent with your school friends. This video is just the starting point and we hope it takes you #BackToSchool and spurs you to share those memories with us and your closest friends.”

In order to raise the level of engagement and drive conversations around #BackToSchool, PepsiCo has been using hashtags and asking people to share their fond memories of school friendship. The company’s Facebook and Twitter pages are filled with hashtags like - #ClassPhoto from the good old days, scribbling day anecdotes from the #LastSchoolDay, your cherished moments with your #SchoolBesties, your favourite #GetOutofTheClass story and the awesome #MySchoolCanteen food.

Talking about the campaign, filmmaker and director of the video, Abhishek Kapoor said, “The friends we make breathe life into every moment and keep them special over a lifetime. I've cherished these bonds most dearly. As a filmmaker, it's always special to be able to translate these emotions into a storyline and evoke a joyful déjà-vu that takes us down memory lane and brings us back with a smile.”