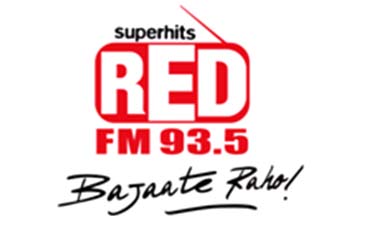 In a bid to add more fun and excitement to its most awaited upcoming show —‘Paisa Vasool Entertainment with Kapil Sharma and RJ Raunac’, Red FM throws an open challenge to the fans that Kapil and Raunac will make them rolling in the aisles on Saturday, 5th July, 2014, and if they don’t succeed, Red FM will reward a cash prize of Rs 5 lakh to the person who doesn’t burst into laughter during the show. Under its successful intellectual property Red Live, Red FM is all set to present the biggest entertaining event of the season for its listeners.

The upcoming Red Live show has been receiving overwhelming response from listeners and advertisers alike. Several sponsors have come on-board, with TATA Ace being the presenting sponsor for the event, which is powered by OLX.in. Several other sponsors and partners are also supporting the event and its promotion.

On the very first Red Live comedy gig by Kapil, Nisha Narayanan, COO, Red FM, said, “Red Live has been a phenomenal success and has received fabulous response from the people across metros and Tier-2 & 3 cities. The vertical has seen the biggest and the most popular artists performing live for our listeners. The two successful seasons of Red Live saw concerts in markets like Delhi, Kolkata, Varanasi, Jamshedpur, Nashik, Kanpur, Bhopal etc. and the overwhelming response we received has strengthened our confidence in the vertical.

We decided to rope in Kapil Sharma because he is the biggest comedian in the country and being a Punjabi himself gives him an instant connect with the audiences in Delhi & North. We are very excited about expanding the scope of Red Live from just Music to Comedy as well. With the strong IP that brand Red has built, and with the kind of response we have been receiving to our events, we are now all set for the biggest Red Live gig so far. It is very encouraging to see our confidence in Red Live getting reflected amongst our listeners, advertisers and partners as well.”

The tickets for the event are available on Bookmyshow.com