FM industry is left disappointed. They claim this is anyway part of the Phase 3 licensing 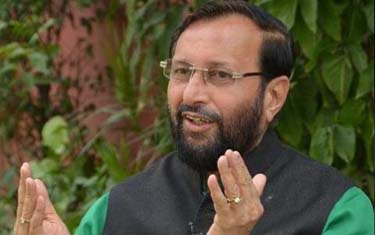 FM industry is left disappointed. They claim this is anyway part of the Phase 3 licensing

Minister of Information & Broadcasting Prakash Javadekar yesterday told the Lok Sabha that private FM channels will be allowed to air news bulletins from All India Radio (AIR), but in exactly the same format. The minister also elaborated that instead of putting audio clips of news sourced from AIR, the ministry was exploring the option of the FM radio presenter to read out the exact news matter in his or her voice.

But the FM industry is left disappointed. They claim this is anyway part of the Phase 3 licensing.

Reacting to the I&B minister’s statement, Nisha Narayanan, COO, Red FM, said, “We welcome the announcement made by I&B minister Prakash Javadekar, on allowing private FM radio players to broadcast news. It is partially disappointing too as we are only allowed to air the news bulletins of AIR and in exactly the same format of AIR! So far AIR has been enjoying an unfair monopoly in the broadcast of news and current affairs which is a violation of the Supreme Court's 1995 judgement. While the current statement by I&B is definitely good news, we would hope that with time, the government will further relax the policy to give freedom to private FM channels to broadcast news independently.”

Narayanan added, “Opposing it outrightly at the moment will only delay the process and implementation of Phase III even further, which we wouldn't want. While this wasn't exactly the news we were waiting for, we are hopeful that it will lay the path for a more independent and liberal policy.”

Apurva Purohit, CEO, Radio City, commented, “What the minister has announced is just a reiteration of the proposed policy for Phase III. Broadcasting the news content exactly from the AIR bulletin is not going to add much value to the existing content. We would await further announcement from the ministry in this regard and would be happy if the government relaxes the norms and allows us to air news which will be part of the enriched content we provide our listeners.”

According to Vineet Singh Hukmani, MD, Radio One, “AIR news was always part of Phase 3 policy, so there is nothing new. Without extensions in the current licences, this is just a populist statement.”

It may be mentioned here that the process of Phase 3 licensing is currently under way with a March 30, 2015 deadline. Once phase 3 is implemented, there will be FM channels in 227 new cities, up from the present 86 cites, with a total of 839 new channels.