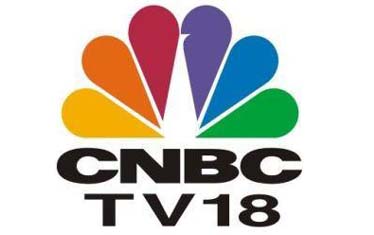 Upholding their legacy of 15 years of leadership, CNBC-TV18 has once again emerged decisively as the No.1 channel during Budget 2014 with 67% market share on Budget Day.

As pioneers of coverage of the Union Budget, CNBC-TV18 has always provided viewers with a comprehensive programming line up. This time was no different; with a one month long focus on the channel about key expectations from the industry, banking and financial sectors as well as policy changes anticipated from what was Prime Minister Narendra Modi and Finance Minister Arun Jaitley’s maiden Union Budget.

Yet again, India’s leading business news channel has proved that they are specialists of the genre -  through differentiated Budget coverage, aimed at helping viewers achieve an incisive understanding of the Budget and what lies ahead, presented by an editorial powerhouse.

CNBC-TV18 led across the following programming pegs & time bands during the Union Budget in July 2014:

All these figures are for the core audience group of CS AB Males 25+.

In addition to the above data points, CNBC-TV18 also lead across all markets and target audiences, in all parameters pertaining to Budget coverage.

CNBC-TV18 has always been at the forefront of covering business, political and economic news and bringing quality journalism to its viewers. This strong performance reiterates CNBC-TV18’s undisputed leadership and legacy in coverage of key economic events for the past 15 years.

Shereen Bhan, Managing Editor, CNBC-TV18 said ‘I have firmly believed in the power of specialisation and this overwhelming verdict confirms my belief. Being the first in Business news is not just a tagline for us, it is our core strategy. Our Budget coverage is a reflection of our deep expertise and experience. It also showcased our ability to stay ahead of the curve with new programming which included our reporters travelling around the country from Nashik to Ahmednagar to get an in-depth look at how Government Schemes like the NREGS are performing. We brought together the most influential voices from India Inc, the markets, Foreign Investors and Tax experts to find the devil in the details. CNBCTV18 was also the channel of choice for the Finance Minister Arun Jaitley and his Budget team including the Finance Secretary and Revenue Secretary as they laid out the roadmap for economic revival.’

Commenting on CNBC-TV18’s impactful Budget coverage and viewership, Anil Uniyal (CEO, CNBC Channels) said, “We have consistently sought to bring content of value to our viewers and this is what has reinforced our No. 1 position in Budget 2014. I’d like to thank our viewers for making CNBC-TV18 their channel of choice for the Budget and also for the past 14 years, which encourages us to stay ahead and continue to strive for excellence.”

To the layman, some definitions are required.

TV viewership data can be sliced and diced in many ways. One would obviously get different results if one changed any one or more of the variables that are measured. The available filters are gender, age band, education and income, time and date, city of viewership and whether a satellite or terrestrial (Doordarshan) household.

For the interpretation above, the first filter is CS (Cable and satellite watching household). The next is 'SEC AB Males 25+'. 'SEC AB' is the aggregate of SEC A and SEC B, the two most influential demographics in viewership based on education and income. 'Males', obviously, infers that only male viewership is accounted. '25+' refers to the age of the measured audience.

Therefore, all men, across all measured cities in India, watching cable/satellite TV, all aged 25 years or more, are taken into account in the highlights given above.

In point (1) above, where there is a reference to '0600 to 2400 hours', it means that the viewership between midnight and 6.00 am was not taken into consideration.

The source for all the data given above is TAM, the measurement company that advertisers and marketers base their advertising decisions on.

Where there is a reference to Budget week, the data pertains to 'Week 28 in 2014'. (Each week of the year is referred to as 'Week x, Week y,' and so on, so that, when multiple claims are made, readers and decision makers can make apples-to-apples comparisons).

On Budget Day, the measured hours are from 6.00 am to midnight.

The data relating to the Finance Minister's speech takes into account the viewership from the moment the FM began his speech (11:01 am) till he finished the speech (13:13 pm).