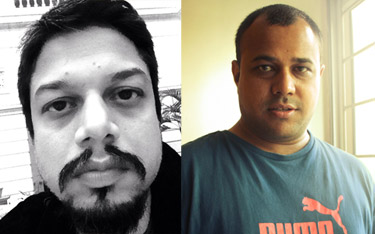 “Rupesh and Abhishek together bring a unique blend to Contract. Abhishek has his own special blend of madness and indeed an unfettered, entrepreneurial spirit. His approach to communication is unique and media agnostic. Rupesh on the other hand is a multi-talented and supremely gifted individual. A national award winning documentary filmmaker, he is also a brilliant art director and one of the most responsible leaders I have come across. I am sure that together they will make Contract proud and enjoy their time here as much as Contract will enjoy having them,” said Hola.

Chaswal, who moves in from Cheil, was responsible for the work on Delhi Daredevils, Halonix and the Samsung TV range. With an experience of close to 14 years, he started his career in a Direct Marketing agency as a copywriter. Eventually he moved into mainstream advertising where he worked with agencies such as Everest, Euro RSCG (now Havas) and Leo Burnett. He has worked across a broad spectrum of brands such as PSI, Aaj Tak, Mortein, MakeMyTrip, Max New York Life, Voltas, Minute Maid, The Indian Express, Bilt and Tetra Pak to name a few. A well awarded creative, his work has received recognition in national and international advertising award shows like Goafest, New York Festivals, Adfest and The Work.

“I join Contract with the hunger to realise brave ideas that work for the brand as well as for the audience and the agency; and with Ashish Chakravarty leading the creative, I am sure the journey to the sweet spot will be memorable,” said Chaswal.

It’s a homecoming of sorts for Sahay as this is his second stint at Contract. He moves from DDB Mudra where he was the Senior Creative Director. A graduate of the Banaras Hindu University, Sahay has worked with McCann Erickson, Rediffusion-Y&R, Saatchi & Saatchi and RK Swamy BBDO during the course of his career. His brand roster includes Coca-Cola, Reebok, Aircel, Videocon, General Motors, Nescafe, and Domino’s Pizza to name a few. A very talented and highly awarded creative, he has won the 61st National Film Award for his short film ‘The Lost Behrupiya’.

“This is my second stint at Contract and this place has always been very energetic. I am really excited to join a talented bunch of people. For me joining Contract is joining strong creative people such as Ashish Chakravarty, Vineet Mahajan and Mayur Hola,” commented Sahay on his coming back to Contract.

Contract won the creative mandate for Tata Docomo in April this year. Post that the agency has made some very senior level hires to service the business which includes the hiring of Shruti Verma, who came on board last month as Senior VP to head the Tata Docomo business.