Star Movies viewers all set to fight the #YouPickTheFlick battle 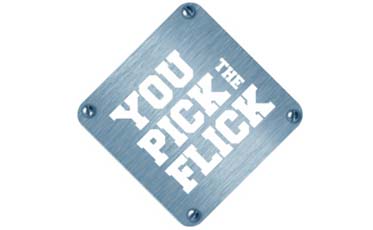 Star Movies viewers all set to fight the #YouPickTheFlick battle

Star Movies has come out with an innovative way to engage with its viewers through #YouPickTheFlick (YPTF). This unique initiative will help viewers pick the film of their choice and it will be aired on the channel from November 8. Every Saturday, the English Channel will pit two of the latest movies for the Battle YPTF for the following week, and viewers will battle it out using their Facebook page and Twitter handles.

Speaking about bringing this experience to the viewers, Kevin Vaz, General Manager – English Cluster, Star India said, “At Star Movies, all our initiatives are created with our viewer in focus. Their needs and choices drive our innovations. So #YPTF or ‘You Pick The Flick’ was a natural extension that goes one step ahead in empowering our viewers and giving them the power of choice.  We want to have a deeper interaction with our viewers and enrich their movie watching experience.”

The channel has always thrived to enhance viewers’ experience by showcasing epic films. But this around, they will let the people chose their favourite movie, where they will have to fight it against the fans of the other film. The viewers here get to vote and promote to ensure that his pick wins over the other.

This epic battle will begin with ‘Incredible Hulk’ locking horns with the “Genius, Billionaire, Playboy and Philanthropist” – ‘Iron Man’ for votes and the winner will be out on November 8 on TV screens. The week after, Fast & Furious 6 and Death Race will race for votes. For the romantics, Twilight Saga-Breaking Dawn 2 will be competing with Dan Brown’s Angels & Demons to steal the hearts of Star Movies viewers.