Conceptualised by 4nought4, ‘Chilli Paneer’ is a four-part love story revolving around food, with each film releasing on a Friday at 11 AM on www.chillipaneerfilm.com 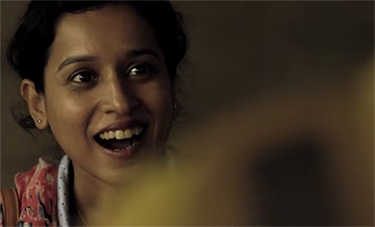 Conceptualised by 4nought4, ‘Chilli Paneer’ is a four-part love story revolving around food, with each film releasing on a Friday at 11 AM on www.chillipaneerfilm.com

DBS Bank India has launched a new online campaign titled ‘Chilli Paneer’ in an attempt to engage with consumers and build brand awareness. The innovative campaign, conceptualised by 4nought4 (a digital agency of Cartwheel Creative Consultancy), revolves around the bank’s values, purpose, relationship and connectivity. The film is being unveiled in four parts, with each film releasing on a Friday at 11 AM on www.chillipaneerfilm.com.

The film, ‘Chilli Paneer’, starring Tilottama Shome and directed by National Award winning director Shivendra Singh Dungarpur, narrates the story of a food blogger from Singapore who bumps into one of his fans at a DBS ATM in Mumbai. The beautiful story and their journey together unfold in the backdrop of Mumbai and they start spending time together, visiting food joints. Slowly they realise that they have a lot in common, but soon it is also time for them to part ways. The first film ends with the girl realising that she will have to give up her dreams to own a restaurant and the guy realising that he will have to return to Singapore to join the family business.

Manik Choudhary, Co-Founder, 4nought4, said, “Very rarely does one see a client who takes this approach. Interestingly, the brief was to work beyond a traditional television launch campaign. The push-back was always to find brand relevance in consumer space. ‘Chilli Paneer’ is not just about a product or a service, it’s a story of two people who discover their purpose in life and how the bank acts as an enabler.”

Sheran Mehra, Head, Group Strategic Marketing & Communications at DBS Bank India, said, “At DBS Bank we constantly strive to innovate and take an ‘outside-in’ view. It all started with following the chatters. This led us to discover that food, travel, cricket and Bollywood, to name a few, are instant conversation starters. Food emerged as the most popular choice, as it cuts across geographies and segments. We further included elements of Bollywood and integrated our products and services in the storyline.”

KV Sridhar, Chief Creative Officer, Sapient Nitro, said, “It is a very nice film, but a bit soft for being viral content. When you make a story like this, it is competing with not the others ads, but with the biggest love stories. The trick for any good, long campaign is whether it clicks with the audience in the first 10-20 seconds of the film, and only then the audience will see it till the end. Even though a good effort, personally I feel, the content and the execution could have been a little better. In the first half, the brand tries to push itself too much into the film - be it showing the ATM or the Relationship Manager, which could have been done towards the end. The story, however, picks up in the second half after they meet.”

Saurabh Dasgupta, Executive Creative Director, Innocean Worldwide, said, “The banking space is a much-cluttered space in India and DBS here acts as a catalyst of change. The mode is not unique, but the way it has been narrated is excellent, the casting looks perfect and no one looks like a model. Taking the category into consideration, which is undifferentiated and highly regulated, the ad has managed to capture the relationship and the honesty in this film.”