Star Plus set to up the ante with 3 new shows

After its stint with the ‘Maha-Movie’ format, the channel is strengthening its Sunday offerings with ‘India’s Raw Star’ at 7 PM and ‘Airlines - Har Udaan Ek Toofan’ at 9 PM from August 24. And on weekdays, ‘Mahabharat’ will give way to ‘Nisha Aur Uske Cousins’ in the 8:30 PM slot 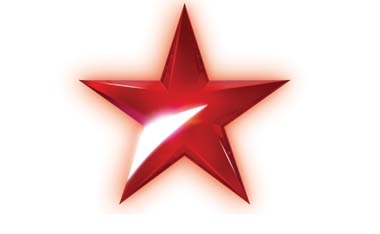 Star Plus set to up the ante with 3 new shows

After its stint with the ‘Maha-Movie’ format, the channel is strengthening its Sunday offerings with ‘India’s Raw Star’ at 7 PM and ‘Airlines - Har Udaan Ek Toofan’ at 9 PM from August 24. And on weekdays, ‘Mahabharat’ will give way to ‘Nisha Aur Uske Cousins’ in the 8:30 PM slot

Star Plus, the No. 1 channel among the Hindi GECs, is introducing three new properties in August. In Week 31 of TAM data, which has been a bad week for the Hindi GECs with majority of them losing eyeballs, Star Plus continued to lead the pack with a gross viewership of 677 GTVMs and the channel’s relative share even grew to 28.92%.

Starting August 18, the channel has lined up ‘Nisha Aur Uske Cousins’ in the 8:30 PM weekday slot as its mega fiction property ‘Mahabharat’ goes off air. The epic series held on to No. 2 position among the weekday toppers for the last three consecutive weeks. The show garnered 9.1 TVM and 9.3 TVM in Weeks 31 and 30, respectively. According to sources, Mahabharat was supposed to end in the first week of August itself, but the huge popularity and the high ratings of the show prompted the channel and the production house to extend the show.

Commenting on the new weekday property ‘Nisha aur Uske Cousins’, Nikhil Madhok, Sr. VP - Marketing & Programming Strategy at Star, said, “In many ways Nisha and her cousins represent the Star Plus of today – young, energetic, wanting to break the mould and do something new. They respect Dadaji and their elders but don't always agree with their stereotypical views. The show not only captures the unexplored but extremely interesting dynamic between cousins, but also deals with issues of today's youth and their desire to challenge stereotypes.”

It will be interesting to see if ‘Nisha Aur Uske Cousins’ does justice to the channel’s primetime slot and the show manages to enter the TAM weekday toppers chart.

In the channel’s latest drive to strengthen its weekend slot, Star Plus will introduce ‘India’s Raw Star’ at 7 PM and ‘Airlines - Har Udaan Ek Toofan’ at 9 PM from August 24. As told by Madhok to BestMediaInfo earlier, “The channel enjoys good viewership from Monday to Saturday. We are therefore looking at Sundays to build our viewership and create a primetime opportunity there.”

‘India’s Raw Star’, an unconventional singing reality show with Honey Singh that marks his debut on television, will be seen donning three different hats – friend-mentor-judge to all the budding Raw Stars. He will pick participants from different parts of the country who with their unique singing, style and performance will fight it out to become the first-ever India’s Raw Star. This is also one of the first shows to introduce the unique format of digital auditions, thus doing away with the trouble of standing in long queues for hours and travelling long distances for auditions.

‘Airlines’, on the other hand, will capture the thrill, glamour and danger associated with the aviation industry. It also marks Bollywood actress Tulip Joshi’s debut in television and will also have VJ turned actor Yudhisthir essaying the role of pilots.

Earlier, the Sundays were occupied by shows like ‘Mad in India’ at 9 PM, a standup comedy show with Sunil Grover who played the role of ‘Chutki’ after his infamous exit from ‘Comedy Nights with Kapil’. The show opened on a high note with 5.7 TVM, but later, owing to the lukewarm response and its failure to garner good TRPs and revenue, ‘Mad in India’ was pulled out from the channel. And in the 10 PM slot, the channel aired ‘Ishq Kills’ which was an Indian crime/thriller show based on true events and which was wrapped up in 13 episodes. The show was produced by Rowdy Rascals Productions and hosted by Bollywood film director/producer Vikram Bhatt.

After both these properties went off air in mid-May, the channel introduced the concept of ‘Maha Movie’ on Sundays, where its serials were showcased in a three-hour long movie format to build the character of the protagonists. ‘Maha Movie’ was aired at two different time slots during the day – 1 PM and 8 PM – in June and July.