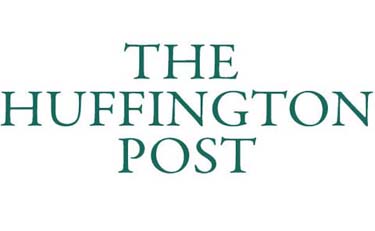 The Huffington Post Media Group and The Times of India Group, India’s largest media conglomerate, today announced their partnership to launch an Indian edition of The Huffington Post, a leading global source of breaking news, opinion, entertainment, and community.

The Huffington Post and The Times of India Group will establish an editorial team based in New Delhi. The site is slated to launch later this year.

The English-language website will combine The Huffington Post's award-winning news and blogging platform with the local expertise and reach of The Times of India Group. Targeting India's rapidly expanding Internet user base, which is expected to reach 370 million by 2015, HuffPost India will cover everything from politics, media and entertainment to technology, religion and lifestyle, and open up The Huffington Post’s blogging platform to anyone in the country with a story to tell.

The announcement was jointly made by Arianna Huffington, President and Editor-in-Chief of the Huffington Post Media Group, and Satyan Gajwani, CEO of Times Internet (TIL), the digital arm of The Times of India.

"I'm delighted to launch HuffPost India, which will be our 12th edition since we began our international expansion three years ago," said Huffington. "In addition to being a hub for global news and a country that embodies much of the ancient wisdom the world desperately needs now, India has deep personal significance to me. When I was 17, I studied comparative religion at Visva-Bharati University, outside of Calcutta, and travelled across India, falling in love with the country – a love affair that has continued to this day. So I'm extremely grateful for the chance to bring HuffPost to India to tell the stories that matter most – and just as important, to help people throughout India tell their stories themselves, in words, in pictures and in video."

"The Huffington Post is the first real digital-first news success story globally, and their impact is seen across the world," said Gajwani. "They've coupled a best-in-class technology platform with a fresh way of approaching the world's issues today. We've demonstrated our ability to meaningfully grow international media brands, such as Business Insider, Gizmodo, and more. We are excited to combine HuffPost's world-class product with our local reach with consumers and advertisers to tailor-make a great new destination for Indian consumers."

"As the world's largest democracy, and with a middle class of more than 250 million people, India is a critical destination for any global media company," said Huffington Post Media Group CEO Jimmy Maymann. "And with Indian household consumption predicted to continue to grow nearly 20 per cent per year, this partnership gives us an ideal entry into what is expected to become the world's fifth-largest consumer market within the next ten years."

The second largest English-speaking population in the world – trailing only the US – India also has the third largest internet population. The Huffington Post has 86 million monthly global unique visitors (desktop only, comScore, June 2014). HuffPost's integrated global newsroom has hundreds of editors across 11 countries who collaborate in real-time to create content in eight languages using a custom unified tech platform.