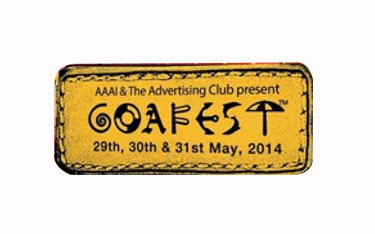 The final day of Goafest 2014 saw Creative Abbys being awarded in six categories - Integrated, Film, Film Craft, Print, Radio and Digital. The rest of the Creative Abbys were given out on Friday. Though The Ad Club, by tradition, does not have an 'Agency of the Year' award, JWT clearly ruled the Creative Abbys this year. The agency went home with 40 metals – including 1 Grand Prix and 5 Gold.

Following close on its heels, Umbrella Design took 4 Gold this year. Incidentally, all the metals were won by the agency on Friday. Bagging 3 Gold each, Alok Nanda & Company, Digital & Kenneth and Taproot India had the third highest Gold tally.

“We are so delighted because 40 wins is a lot. And we are particularly delighted because it's across so many categories - the digital element, content, craft scale. Here in this platform you can show your work in so many categories. There are enough categories to win and enough categories to lose. Now we are divided in our opinions because there is another award show. My opinion is that, technically, we should enter all our work in both shows. Because even if you win there and some other agencies are not present, there is no victory there either. So, it's a win-win, and we have to work towards that win-win,” said Colvin Harris, CEO, JWT India.

Overall, JWT's 40 metals had no competitor. Taproot's 3 Gold medals helped them to a tally of 29 metals. Ideas@work Advertising Agency had a total of 14 metals, including 10 Silver and 4 Bronze.

The final day saw one Grand Prix being awarded to Digital Law & Kenneth while on the previous day a Grand Prix each went to JWT and Alok Nanda & Company.

The three-day advertising extravaganza had received almost 2,700 entries this year. This includes the 619 for Media Abbys. The number of entries for Creative Abbys has fallen drastically but that can be explained by the fact that six major agencies stayed away from the Abbys this year.

“There are two reasons for the numbers falling so much this year. One is that some of the bigger agencies did not participate this year. They would usually send in a lot of entries. Again, those who did participate did not send too many entries, perhaps because entries cost a lot of money for agencies,” said Ajay Chandwani, Director, Percept Group, and Co-Chairman, Abby Award Judging Committee.

“With so many awards coming up in the near months, the money for sending in entries gets divided. The share of the pie gets diminished because the entry fees, especially of international awards, are substantial. Moreover, agencies are also becoming selective with the work they send in,” commented Pratap Bose, former COO, DDB Mudra Group, and President, Ad Club.

At the end of the three-day fest, 329 awards were given out. One Grand Prix each was given out in Design, Digital and Direct categories. In Print, from a total of 29 awards, there were 1 Gold and 8 Silver. Radio had 16 awards including 2 Gold and 6 Silver. The maximum Gold was won in the Publisher category (7), followed by Design (6), Branded Content (5), Broadcaster (5) and Print Craft (5). A total of 49 Gold, 117 Silver and 160 Bronze medals were given out this year.

“There were wonderful work that we saw, and some special talent in these agencies. There has been some talk about how it is an unfair competition this year. But I just want to tell everyone, if these guys have won this year, they could have won any other year as well,” commented Ashish Chakravarty, Contract’s NCD.

Two Gold Abbys were given out in the Radio Category. Scarecrow Communication’s ‘Pinkesh’ campaign won one for NITCO and Linen Advertising-Lintas Group bagged one for their ‘Rape Confession 1’ campaign for Shakti (Women’s Empowerment Cell).

Manish Bhatt, Founder-Director, Scarecrow Communication, said, “We had a handful of nominations this year at Goafest and I am extremely excited with the outcome. We have had 10 nominations, out of which there were 6 awards for the agency. Like every year, this year also our focus was on Radio and we won 5 awards in this category.  However, I am a bit disappointed because there wasn't a separate category for Radio Craft.”

In the category of Film craft, Chrome Pictures won two Gold Abbys for their campaign ‘Lifebuoy Gondappa’ for Lifebuoy in Direction and Original Music Score sub-categories.

“Digital will continue to grow year on year. So much is happening in not just digital but also social media. Along with that, our newly introduced categories like PR and Activation received a lot of entries. Our belief is that once the seed is sown, they will catch up with the rest of the categories,” explained Pratap Bose, former COO, DDB Mudra and President, Ad Club.

The sole Grand Prix winner on the Day 3 night, Digital Law & Kenneth, bagged the award for Tata Capital’s campaign, ‘Half Stories - The journey of doing right’.

“We expected the best that we possibly could, but we never expected a Grand Prix. But I really have to say it wouldn't have been possible without this one guy called Pankaj Trivedi who just got up said 'I am going to go across on my bike and search this country for people who have stories that need to be completed. That is how we came up with the concept of 'Half Stories'. It has been a good year. We entered in three categories yesterday and we won all of them. And we entered three categories today where we won a Bronze, a Gold and a Grand Prix,” exclaimed a delighted Chetan Kapoor, Associate Creative Director, Law & Kenneth | Saatchi & Saatchi. 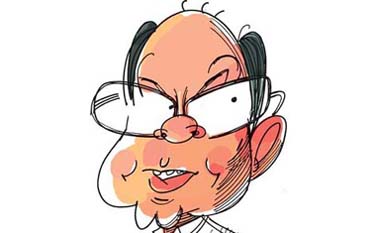 Commentary: Goafest 2014 keeps its promise – it was fun and business as always 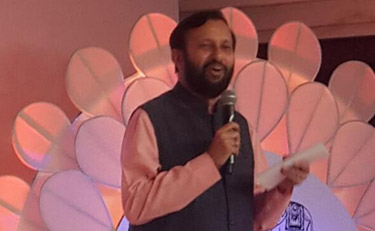 Goafest 2014: A ratings system like BARC would be beneficial, says I&B Minister 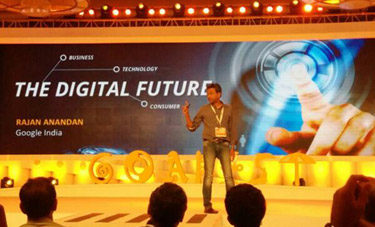 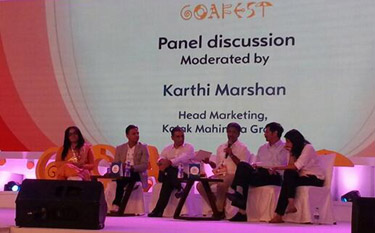