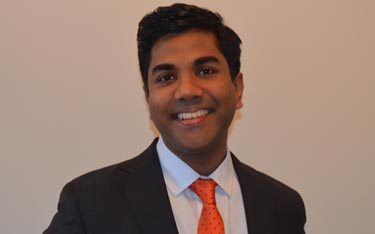 CNN International has appointed Ravi Agrawal as its New Delhi Bureau Chief. Agrawal will commence his new role from April 1, 2014. He will manage and oversee CNN’s multi-platform news gathering operations from India.

Agrawal is an award-winning CNN producer and has worked with the network across its London and US offices for eight years. He assumes the new role from being the senior producer of CNN’s flagship Sunday programme on world affairs, ‘Fareed Zakaria GPS’.

“India has the world’s interest and CNN has had a longstanding presence and robust operations in the country for well over two decades now. Ravi’s appointment is very timely as we prepare to cover the world’s largest democracy going to the polls in the coming months,” said Ellana Lee, VP and Managing Editor, CNN International Asia Pacific. “The wealth of talent and experience at CNN has enabled us to recruit the strongest candidate from inside the company for this vital role. With a combination of Ravi’s deep knowledge, understanding of India and his in-depth experience with the network’s global shows and operations, we will continue our comprehensive coverage from this country,” she added.

Before GPS, Agrawal was the senior producer for ‘Connect the World’, CNN International’s daily primetime show. Previously, he produced key news programmes from the London Bureau including Business International, CNN Today and World Business Today. Having joined the network in 2006, Agrawal rose to become a producer in a very short span gaining extensive “live” and in-field production experience from around the world including Davos, Delhi, London, Mumbai, New York and Washington.

In 2013, Agrawal was named a “Young Global Shaper” by the World Economic Forum. He received his Bachelor of Arts in International Relations from Harvard College where he was elected to the editorial board of The Harvard Crimson in his freshman year.