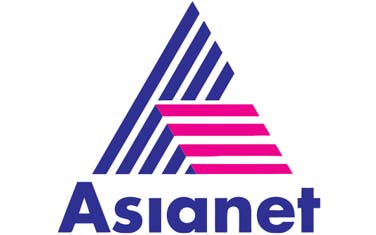 Asianet, the channel which offered new springs of visual entertainment to Malayalees around the world, by stepping into its fruitful telecast of twenty years, presents ‘Cinemala 1000’, a mega stage show.

Cinemala, which is on air from the inception of Asianet channel, is the first satire programme completed 1000 episodes in Indian elevision industry. By creating a new history in the visual media, Cinemala offered critical satire on contemporary socio-political issues to its viewers. Moreover it is notable that the humour in Cinemala could not only make its viewers laugh but make them think also. Cinemala has become a favourite show which we can see before us and hear so deeply because, as its title song says, it is a story without a story, an uncommon story of this age of strife, wickedness and evil. Cinemala has completed 1000 episodes because viewers had experienced snippets of pure and simple humour in it.

Cinemala was the stepping stone for so many celebrities of Malayalam film industry including Dileep, Salim Kumar, Tiny Tom, Guinness Pakru etc. Diana Sylvester, a vibrant female director, is the creator of “Cinemala” the most sensible programme in Malayalam Television scenario.

On the occasion of entering into 1000 episodes of Cinemala, Asianet conducted a mega stage show titled Cinemala 1000 at Gokulam Convention Centre, Kochi, to honour all the artistes who were part of the show right from the beginning episodes. Tinsel world’s leading artistes S. Dileep and Salim Kumar were honoured during the occasion. Mementoes were presented to all artistes who were part of the Cinemala for all these years.