DDB Mudra bags Agency of the Year Award at Pepper 2013

TTK Prestige won the Advertiser of the Year award. Pepper 2013 received more than 1,070 entries from 80 agencies in 104 categories 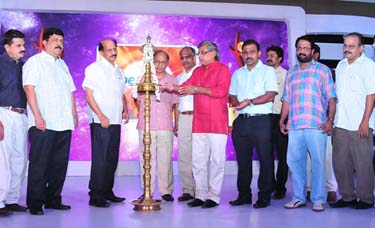 DDB Mudra bags Agency of the Year Award at Pepper 2013

TTK Prestige won the Advertiser of the Year award. Pepper 2013 received more than 1,070 entries from 80 agencies in 104 categories

TTK Prestige won the Advertiser of the Year award and Shelton Pinheiro, Kerala NCD of Stark Communications, was awarded the Special Jury Award for Excellence in Writing for Grand Kerala Shopping Festival.

The event known for its vibrancy and glamour quotient was inaugurated by film director Kamal on April 12, 2013 in Kochi.

Pepper 2013 received overwhelming response with more than 1,070 entries from 80 agencies in 104 competition categories.

“From a humble beginning of being a state level competition, Pepper today has become the largest and most sought after creative awards in South India. We are proud to say that Pepper has become a platform for most creative agencies across South India to send in their entries which will be judged by a neutral jury. The strength of Pepper so far has been the jury panel which included Josy Paul, Agnello Dias, Prathap Suthan, Raj Nair, Priti Nair, Ramanuj Shastry, Sagar Mahabaleshwarkar, Rajeev Raja, Dinesh Warrier to name some,” said PK Natesh, Chairman, Pepper Awards 2013. “Next year onwards we will also have a separate award for ‘Kerala Agency of the year,” he added.

“Pepper is currently one of the most respected creative competitions in the Indian advertising industry. Our endeavour is to make the creative award competition of the Ad Club Cochin a globally benchmarked premium event every year. We hope the legend of Pepper and the creative spirit of the present would jell well to create a niche for Cochin in the global creative space,” said Sandeep Nayar, President of Advertising Club Cochin.