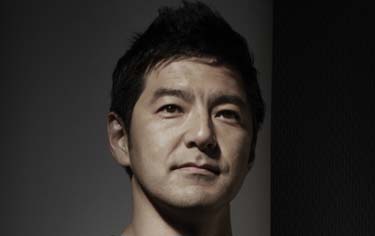 Digital influencer Rei Inamoto, CCO & VP at AKQA in New York, is joining Adfest 2014 as Grand Jury President. Originally from Tokyo, Inamoto moved to the USA to study fine arts and computer science, and later joining AKQA New York in 2004. He has played a pivotal role in growing AKQA’s reputation as an ideas and innovation company.

In 2009, AKQA was selected as one of Fast Company’s 50 Most Innovative Companies and in 2012 Inamoto was inducted into the American Advertising Federation’s ‘Hall of Achievement’. He is a member of Google’s Creative Council, and has been twice named on Creativity magazine’s annual ‘Creativity 50’ list.

“In a world where the only certainty is change, we can't quite predict the future. But what we can do is to create it. Adfest is a celebration of today's best creativity. It'll undoubtedly give us a better idea of what the future holds. As Grand Jury President, I look forward to discovering the glimpse of tomorrow for our industry,” said Inamoto.

Inamoto oversees creative solutions for clients such as Audi, Google, Nike and Xbox, but says one of his proudest achievements is ‘Creatives for Japan’, a partnership with the One Club and the ADC to help rebuild Japan in the wake of the 2011 tsunami.

At Adfest 2014, Inamoto will preside over the Interactive Lotus and Mobile Lotus as its Jury President, and also head the panel comprising other jury presidents in judging the Integrated Lotus, Innova Lotus, Lotus Roots, and the Grande of Humanity. He will also be a Keynote Speaker on the final day of the festival.

“Rei one of the most awarded digital creatives in the world. He is also a thought leader who believes advertising as we know it has come to an end. We are honoured to welcome him to Adfest 2014 where, as Grand Jury President, delegates will learn so much from his experience as a creative leader at one of the world’s most innovative agencies,” said Jimmy Lam, President of Adfest.

Script submissions to Fabulous Four (which is part of the New Director Lotus) close on Friday, December 20, 2013.