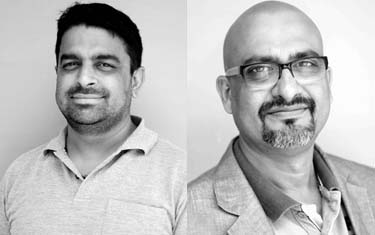 Cheil Worldwide SW Asia today announced an expansion of its digital team in India. The agency has brought in Ranjan Nautiyal as Group Creative Director and P Murali Gopal as Senior Creative Director.

Hari Krishnan, COO, Cheil Worldwide SW Asia, said, “Ranjan and Murali are valuable additions to Cheil's integrated creative team. They bring with them combined sensibility of insights, ideas and technology – all these dimensions are critical to create sparkling digital work within the context of the overall consumer journey. We will be able to better deliver our promise of 'Ideas That Move' with these new talent additions.”

Rajesh Bhatia, SVP & Head Digital Services, Cheil Worldwide SW Asia, commented, “We have always believed that excellence in digital can be truly achieved only if a layer of creativity is added to technology. These two appointments are in keeping with our goal of becoming the foremost digital and integrated set ups in the country.”

Nautiyal started out as a Mechanical Engineer and is extremely passionate about technology. Having worked in advertising for over 15 years, he takes delight in seeing how technology is changing the way brands communicate. Over the past seven years, he has been oscillating between mainline and digital agencies, learning from one and applying it in the other. However, it is only now that he has managed to get a mix of both in one place. He loves the fact that people with a tech background and those from creative and brand planning sit in one place to discuss ideas. He has worked on several brands across categories, like Hyundai, Maruti, Seagrams, KFC, Yahoo, Mint, Motorola, LG Electronics, Dabur and many more.

Other than his last stint with O&M, Nautiyal has worked with SapientNitro, bcwebwise, Contract, and Euro RSCG. Ranjan has been a recipient of numerous awards and accolades including One Show Nomination 2013, Cannes Finalist in 2013 & 2012, Abby Bronze in 2012 & 2009, One Show Merit 2005 and D&AD Finalist 2004.

Murali’s work for Microsoft’s license programme was adjudged a Global Best Practice and has been adopted by numerous countries with local adaptations where required. His work on the Vista deployment programme achieved the highest success rate globally and was again rated a Best Practice. In addition, the work done by him on Open Value License was a finalist at the international Direct Marketing Awards.