It is now the largest Indian digital media ad-network with 40.9 million unique users 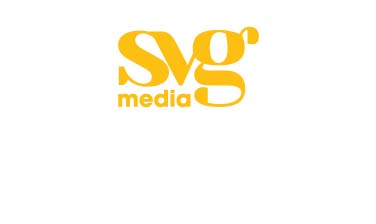 It is now the largest Indian digital media ad-network with 40.9 million unique users

SVG Media touched a new milestone by becoming the 4th largest reach vehicle in India, ahead of Yahoo!, with its current expanded reach of 40.9 million unique visitors. Latest comScore numbers put SVG Media (including all entities: Tyroo, PrecisionMatch, DGM India and Platformplay) as the 3rd largest display ad-network in India after Google and Tribal Fusion, reaching out to 48 per cent of the internet audience over a three-monthly average.

In addition to this, SVG Media has the fastest rate of growth among ad-networks in terms of audience reach. As per comScore, the Total Unique Visitors (‘000) to SVG Media increased by 42 per cent since July 2012.

SVG Media has a significantly higher reach than that of other Indian ad-networks and all Indian portals for July 2013. The average daily visitors and total page views for SVG Media stand at 5.2M and 1,282MM, respectively.

comScore is the industry benchmark for measuring display ad-ecosystem and it does not track text links, e-mailers and other similar inventories which constitute a significant proportion of SVG Media’s portfolio apart from display.

SVG Media’s audience break-up includes 60 per cent male and 40 per cent female audiences on the internet. The 60:40 male to female ratio is in line with the overall internet user average. About 76 per cent of SVG Media’s audience reach comes from the age bracket of 15-34 years, giving advertisers the opportunity to target a wider set of audience and to choose the most appropriate mix of internet audience basis their objectives.

comScore Media Metrix monitors only the online activities of individuals within a universe. These can be defined as audience 15 years and above who have accessed the internet from either a home or a work computer in the past 30 days. comScore does not monitor internet usage activities that are undertaken from an internet café or other public/shared computers.