Big Bazaar Mahabachat talks of more bang for the buck

The TVC, conceptualised by DDB Mudra, is based on the insight that great value pricing can spur consumers to feel like kings 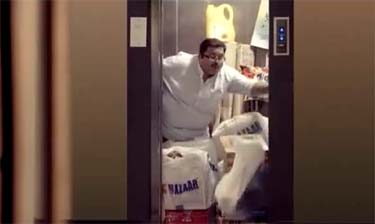 Big Bazaar Mahabachat talks of more bang for the buck

The TVC, conceptualised by DDB Mudra, is based on the insight that great value pricing can spur consumers to feel like kings

Big Bazaar, the biggest hypermarket retailer in India, has gained market leadership through superior value offerings and a unique understanding of the Indian consumer’s shopping behaviour. It is credited with revolutionising organised retail space, and has created many big artificial consumption occasions.

This year too, Big Bazaar has come up with its traditional, absolute value leadership and unique property for the Independence Day weekend – ‘Mahabachat’ – to spur consumption both in value and volume.

But there is a major challenge this year. Decreased spending power due to rising inflation and a weakening rupee were acting as dampeners to consumer sentiment. Along with it was a me-too scheme by every competitive player worth its salt. The Independence Day weekend was thus cluttered with sales and discount schemes – all eying the same shrinking wallet.

The idea for the Mahabachat campaign, conceptualised by DDB Mudra, Mumbai, stemmed from the insight of what great value pricing does to a consumer – it makes him feel that now he can afford and indulge in anything, he feels like a king. In sum, he feels that now his money is worth more than before. Anand Karir, Senior Creative Director, DDB Mudra Mumbai said, “In today’s time, the consumer is constantly feeling that the value of the rupee is dipping and hence everything is becoming more and more expensive. Our idea was to communicate to the customer that Mahabachat, with its offerings at rock bottom prices, is here to pump up the power of their money. The jingle ‘Har koi Raaj karega, dil ki aaj karega...’ complemented by shots of people who have shopped for insane amounts of stuff from Big Bazaar attempts to communicate the same in a simple and engaging manner.”