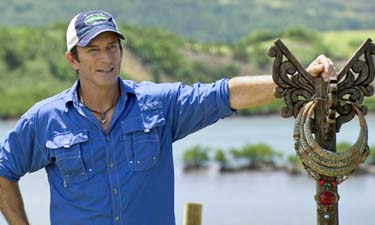 Big CBS Prime, India’s first international entertainment channel for men, with a dual feed in English and Hindi, is all set to bring the latest season of the longest running syndicated reality game show ‘Survivor’. Season 25 of the universally popular series ‘Survivor: Philippines’ will goes on air today at 10 PM. The multi-Emmy award winning television personality Jeff Probst will return as host for Season 25.

The premise of the cult game show features its contestants (known as castaways) split into different tribes. As a tribe, the castaways must then ensure their survival by assembling their own shelter, food and other basic amenities. ‘Survivor: Philippines’ starts off with a bang as the show features the return of three former castaways along with the introduction of 15 new castaways. With abundant twists and turns in store, and some compelling challenges lined up for the contestants, Survivor: Philippines is reality television at its best.

Anand Chakravarthy, Business Head, Big CBS Networks, said, “Survivor as a franchise is one of the most successful series of reality television. The show is universally watched and has even spawned innumerable local versions. Airing the show on Bog CBS Prime in dual feed enables us to bring to our viewers great international content which promises to be extremely engaging. Living up to its reputation, Season 25 of Survivor is sure to find an enormous fan base in India.”

The show will see an extensive multi-media marketing push with the help of Reliance Broadcast’s marketing muscle and will be promoted across television, radio, cinemas, digital, outdoor, on ground and road shows.