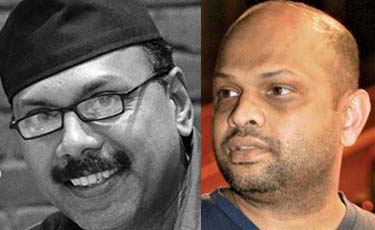 Aggie, as Agnello Dias is popularly known, will judge the entries in Film category while Paul has been appointed as jury member for Content and Contact/Integrated Campaign Innovative category.

Aggie is one of India’s best-known advertising creative personalities. The former JWT National Creative Director, who went on to set up his own creative hot shop Taproot, along with partner Santosh ‘Paddy’ Padhi, is credited with winning India’s only Cannes Grand Prix for The Times of India campaign two years ago.

Aggie has spent two decades in the Indian advertising industry with agencies like Lowe, Leo Burnett and JWT before moving out to set up Taproot India. Besides local award shows, his name has featured multiple times in award books like The One Show, Clio and Cannes, D&AD, Ad fest, New York Festival, Media Spikes and Media Magazine.

Paul is ranked No. 1 in the Creative Rankings list in India for 2011-2012 (as measured by Haymarket Publications and Campaign Asia). He is also among the top ten most influential people in Indian advertising, according to a nationwide survey conducted by The Economic Times and Brand Equity. Paul is the winner of the world's first Creative Effectiveness Lion at Cannes – for P&G Gillette's ‘Women Against Lazy Stubble' in 2011. In the last two years, Paul has won more awards at Cannes and Spikes Asia than any other creative person in India. From the backseat of his car, Paul set up BBDO in India in 2008, which was built on the working philosophy that India needs more 'acts, not ads'. This has led to various movements including Aviva's 'Great Wall of Education' which collected over 2.5 million books and Gillette's 'Shave for the Soldier'. Before setting up BBDO India, Paul was National Creative Director of JWT. He was also the founder of rmg david, India's smallest worldwide agency. On May 15, 2013, the 54th Annual Clio Awards will honour the groundbreaking work at the American Museum of Natural History in New York City. Prior to the ceremony, guests will be able to view the winning work at a gallery housed in the museum, which will be open to the public.

The online entry system for the 2013 Awards programme began accepting entries at www.clioawards.com. The submission deadline is January 18, 2013.