To release CD’s, DVD’s and digital downloads for fans across the world; First episode to air on July 7 at 7 pm on MTV 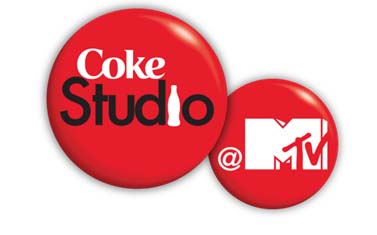 To release CD’s, DVD’s and digital downloads for fans across the world; First episode to air on July 7 at 7 pm on MTV

Sony Music Entertainment, the global music major, will release songs of the much anticipated 2nd season of Coke Studio@MTV Season 2 from July 2012 onwards. An artistic format based on the theme of ‘Diversity and Originality’, this season will present audiences with original compositions in raw & pure renditions by some of the leading and diverse talent from across the country.

Commenting on the association with MTV Coke Studio, Shridhar Subramaniam – President – Sony Music Entertainment India & Middle East said, “In the first season the fans experienced a new and a never done before concept while the second season promises to be all that and much more. With over 40 original songs and 200 musicians and different composers for each episode, we are confident that the variety of songs and music will instantly connect with audiences. We at Sony Music are extremely proud to be able to bring the music of this season as well to all the fans.

He further added, “The first season witnessed a huge uptake of the products with over 15000 CD’s sold over a period of 5 months and over 10 Million downloads. This season we plan to release the music sooner and in some new strategic ways so that fans in India and abroad get instant access to the wide variety of great music.

Aditya Swamy, EVP and Business Head- MTV added, “This is an expression of the diversity in our country. Original, experimental and collaborative, here is a coming together of varied artists and genres on one single stage. Each song has been curated keeping a unique idea in mind and I hope that it will appeal to the heart and soul of every music lover.”

The show will keep the core idea of a fusion music project intact and will combine genres like independent, classical, folk and popular in a live performance. The second season will commence on Saturday July 7th on MTV @ 7:00 pm.