Over 40,000 votes received on the day one on the website; the initiative remained top tending topic on twitter 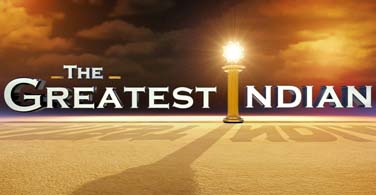 Over 40,000 votes received on the day one on the website; the initiative remained top tending topic on twitter

HISTORY TV18 and CNN IBN have revealed the names of 50 nominees for the channels’ biggest local initiative –“The Greatest Indian”. The list, being released for a nationwide poll, contains the who’s who of iconic Indians across various spheres, which have had the maximum impact on the nation since independence. One can cast his vote at www.thegreatestindian.in

From Jawaharlal Nehru and Lata Mangeshkar to Vikram Sarabhai and E Shreedharan, the list is a fascinating read on some of the greatest Indians who have shaped the nation in the last 64 years. Of 50 nominees, 15 have received the Bharat Ratna, 13 have played a role in the freedom struggle while 6 are women. Among the 31 super achievers, Pt. Ravi Shankar (92), M S Swaminathan (87) and A B Vajpayee (88) are the senior most, while Sachin Tendulkar (39) is the youngest.

The initiative is based on the path-breaking series featured on BBC called ‘The Greatest Briton’, and is set to trigger a national debate on who is the Greatest Indian after Mahatma Gandhi. Launched in 2002 in the UK, the initiative reached out to millions of viewers and broke significant viewership records there. An astounding 21 countries have successfully adopted this format since then, and it now promises to create history here in India too.

Commenting on initiative, Rajdeep Sardesai, Editor-in-Chief IBN18 Network said “We believe that this is a one-of-a-kind initiative in the life of a nation that should both excite and educate. I'm sure this series will trigger an enthusiastic debate in homes, offices & public places around the country. Just from the jury discussions and internal debates in the news room, I've got a real sense of how passionately people feel about the initiative. We hope that the series will continue to provoke debate and encourage people to cast their vote for the Greatest Indian.”

Speaking on the occasion, Ajay Chacko, President, A+E Networks | TV18, stated, “HISTORY TV18’s attempt has been to create interest across generations in the subject in an informal and entertaining way. This partnership with CNN IBN enables HISTORY TV18 to bring forth the inspiring figures over the years, after the Mahatma, who have had the maximum impact on the country's present and future. While the jury and nationwide polls will ultimately lead to the search for that one individual whose contribution to India has been overwhelmingly acknowledged as the most enduring, it also gives us Indians a chance to be aware of the contributions of many other great individuals from diverse fields.”

Dilip Venkatraman, CEO - CNN-IBN at Network18, added, “At CNN IBN, we have always believed in celebrating India with its unmatched spirit- its will to survive, succeed and thrive against all odds. What better way to be a part of this path-breaking initiative to find out who the Greatest Indian is.  An initiative such as this is all the more relevant today, with challenges our country faces, as it would be an interesting reflection of the mood of the nation.”

Myleeta Aga, General Manager & Creative Head of BBC Worldwide Productions India, said, “BBC Worldwide is thrilled to be partnering with History TV18 to bring this format to the Indian audience. We have no doubt that the interest and debate around identifying the “greatest Indian since Independence“will make the series a huge success in India as well. “

The entire process, one of the most thorough and meticulous in the industry, is being audited by Grant Thornton. Along with the nationwide poll, equal weightage will be given to the jury’s selection as well as a separate market research poll conducted by The Nielsen Company.  This process will be followed in both phases of the initiative, the first being to arrive at a shortlist of the top 10 ‘Greats’ and the second, the selection of the ‘Greatest Indian’. The shortlist of top 10 ‘Greats’ is slated to be revealed on July 1 after which the second round of voting begins.

The initiative will culminate with the announcement of the Greatest Indian in a glittering ceremony to be telecast around Independence Day this year.

As part of the nationwide poll, viewers can cast they’re vote by visiting the website TheGreatestIndian.in or giving a missed call to a unique number assigned to their nominee of choice.

Following are the 50 Nominees for the Greatest Indian