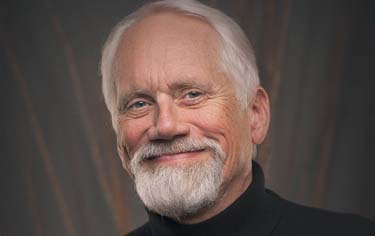 Cannes Lions International Festival of Creativity, the world's largest and most prestigious global annual awards celebrating creative excellence in advertising and communications, has announced that the 2012 recipient of the prestigious Lion of St. Mark will be Dan Wieden, Co-Founder and Global Executive Creative Director of Wieden+Kennedy. The accolade is presented in celebration and honour of his long and outstanding contribution to creativity in communications.

Wieden grew up in Portland, USA, graduated from the University of Oregon, and worked briefly in public relations before applying his writing talents to the advertising business. Initially, he wrote trade magazine copy for a timber company. And then he set about changing the face of communications as we know it.

Almost three decades later, the agency that started with five employees, now has offices in Portland, New York, London, Amsterdam, Delhi, Shanghai, Tokyo and São Paulo with nearly 1,200 employees around the world. Notwithstanding the incredible growth of Wieden+Kennedy, Dan's motivation and goal was to start a different type of advertising agency, where people could perform at their best without structures and bureaucracies and where creativity would not be lost as the agency grew.

Dan has won numerous awards and attention, but what his clients most value and appreciate is Dan's relentless ability to dream and inspire. His fight to remain independent and continue to provide a place where fellow dreamers can work has resulted in some of the best work of our time and an environment where people and clients both can flourish.

In its 30th year under Dan's leadership, Wieden+Kennedy has grown to be a global brand in its own right. W+K operates 24 hours a day, in dozens of languages, on projects as varied as branding international companies, operating an experimental advertising school and producing sports documentaries and TV series while releasing some of Japan's best music through W+K Tokyo Lab. All the while, every office has at least one pro bono client and has followed Dan's example and played an active role in supporting the arts and culture of the host city.

In 2010, Wieden+Kennedy was chosen Agency of the Year by Adweek, Ad Age, Campaign, Creativity and SHOOT. It was the first time in history that one agency swept all these honours, and further proof that Dan's vision of an independent, creatively led agency can make meaningful, progressive and challenging work for its diverse client base that includes some of the world’s most recognisable brands such as Coca-Cola, Chrysler, Delta Airlines, ESPN, Heineken, Honda, Kraft, Levi’s, Nike, Old Spice and Procter & Gamble.

It is thanks to Dan that Titanium Lions launched in 2003 to honour ground-breaking ideas that are provocative and point to a new direction; work that, according to Dan, "causes the industry to stop in its tracks and reconsider the way forward".

"Dan’s integrity and brilliance have inspired a generation and gained worldwide respect. While his work is much admired, his vision has reverberated across the industry, changing the course of brand marketing and redefining the structure of the business," said Terry Savage, Chairman of Cannes Lions. "We are extremely proud and honoured to present Dan, one of the nicest people in the industry, with the Lion of St. Mark for his outstanding contribution to creativity in communications."

Commenting on the award, Dan Wieden said, "This is a pretty big honour. To be honest, I've always identified with that renowned military leader of whom it was said his men would follow him anywhere. Mainly, out of curiosity."

Dan Wieden will be presented with the Lion of St. Mark in Cannes during the Film, Film Craft, Titanium, Integrated and Branded Content & Entertainment awards ceremony.

The Lion of St. Mark trophy is based upon the original Lions awarded at the Festival which were modelled on the lion statue in St. Mark's Square in Venice, location of the first Festival in 1954 and alternating host city with Cannes before Cannes became the Festival's permanent home in 1984.

The Lion of St. Mark accolade was presented for the first time in 2011 to Sir John Hegarty.