She will retain her current UK CEO role 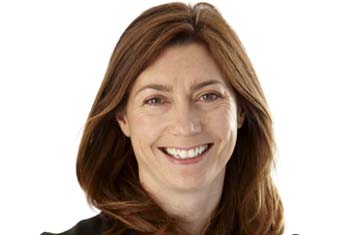 She will retain her current UK CEO role

Maxus has named Lindsay Pattison to the new post of global Chief Strategy Officer. Since 2009, Pattison has served as CEO of the agency’s UK operations in London and will retain those duties while taking on her new global responsibilities. The announcement was made by Maxus global CEO Kelly Clark, who said Pattison will begin her new role immediately.

"Maxus has grown significantly since we launched the global network four years ago,” said Clark. “It's time to strengthen our management structure, both to ensure our clients are well-served and to prepare the agency for the next phase of development.”

“I’m delighted Lindsay has accepted this new role working with Vikram,” said Proctor. "Maxus UK has been an engine of growth under her leadership, and now the rest of the Maxus world will benefit from her passion and entrepreneurial drive.”

Clark said recent changes in the Maxus UK management team had helped pave the way for Pattison's promotion. For example, Tim Irwin was promoted to UK COO in December 2011, and Nick Baughan joined as Managing Director from sister agency Mindshare in March 2012.

Pattison remains based in London and will now take direct responsibility for the agency's global planning, data & insights, digital, marketing and new business functions. She will also play a leading role in the agency's global client relationships, many of which are based in the UK.

"Leading Maxus in the UK has been incredibly fulfilling for me,” Pattison said. “We have enjoyed transformational growth and we've built a great team. I’m excited to help shape the Maxus offering and to drive success for our clients while still leading the UK agency."

Prior to joining Maxus in 2009, Pattison was Managing Partner at PHD UK. She also has spent time on the client side at Sony Ericsson after beginning her career at Young & Rubicam. She has recently joined the World Economic Forum's Global Agenda Council for the Future of Media.