Premiering June 19, the 12-part series will be telecast on every Tuesday at 8 pm 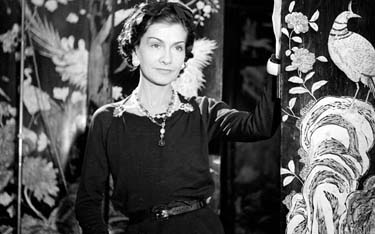 Premiering June 19, the 12-part series will be telecast on every Tuesday at 8 pm

They rewrote the rules for women of their time, stepping out of the shadows of men to make their own mark in history.  Audrey Hepburn, Grace Kelly, Coco Chanel, Audrey Hepburn, Agatha Christie, Maria Montessori, Madame Chiang Kai-Shek... meet some of the world’s most extraordinary women who achieved stupendous levels of success in fields as diverse as fashion, cinema, politics, philanthropy, technology and activism.

Premiering June 19th, every Tuesday at 8 pm, the 12-part series ‘Extraordinary Women’ will reveal the stories of some of the distinguished women who overcame adverse conditions and social prejudices to rise to the top of their field to earn the admiration of millions across the world.

They seemed to have it all, but often the trials and tribulations of their personal lives were masked by their public success. Featuring archive, interviews and dramatic re-enactment, Discovery Channel’s ‘Extraordinary Women’ reveals the price these extraordinary women paid for their achievements. Yet in the end, they overcame all adversities to emerge as triumphant, inspirational icons of the 20th century.

A Special Ambassador to UNICEF, Audrey Hepburn was one of the first to recognize that her celebrity status could be used to improve the lives of many less fortunate people.   Hedy Lamarr is best known as a star of MGM’s golden age, but she was also the co-inventor of an early form of spread spectrum communications technology, a key to modern wireless communications. Coco Chanel was an illegitimate child, born into a poorhouse and abandoned in an orphanage, but Coco Chanel rose from unimaginable poverty to create the most iconic fashion brand of the 20th century, The House of Chanel. Josephine Baker a black entertainer took the world by storm; determined to escape a life of deprivation and racial prejudice, she danced her way to New York and then Paris.   In a remarkable life spanning eight decades, Maria Montessori, challenged convention to pioneer a radical new system of education; she leaves a legacy of thousands of Montessori schools across the world.  Agatha Christie, the Queen of Crime Fiction wrote 80 novels and short stories; but, her private life remains as mysterious as any of the characters in her novels.

The Extraordinary Women featured in the series are:

American actress and Princess of Monaco

“If anybody starts using me as scenery,I’ll return to New York”

“Simplicity is the key to all true elegance”

First Lady of the Republic of China

“We write our own destiny; we become what we do”

“I must quit marrying men who feel inferior to me”

“Education is a natural process spontaneously carried out”

“Courage is the price that life exacts for granting peace”

“I wasn’t really naked. I simply didn’t have any clothes on”

“You can never be too rich or too thin”

“Our way is not soft grass, it’s a mountain path with lots ofrocks. But it goes upwards, forward, toward the sun”