The brand has roped in two superstars, Mahesh Babu and Saif Ali Khan, in its latest commercial to relaunch the new face of the brand 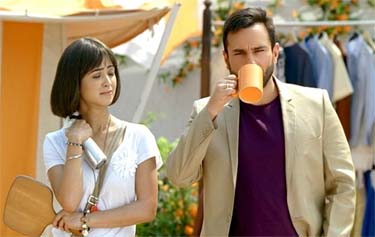 The brand has roped in two superstars, Mahesh Babu and Saif Ali Khan, in its latest commercial to relaunch the new face of the brand

As the Indian woman has changed, so have her hopes and aspirations. In keeping with this, beauty soap Santoor, on its 25th anniversary, has recently gone in for a new identity with a contemporary logo and packaging. For the relaunch, Santoor has roped in two superstars, Mahesh Babu and Saif Ali Khan, in its latest commercial.

While Mahesh Babu features in the commercial for Andhra Pradesh and Karnataka, Saif Ali Khan stars in the same commercial for the other states. In the commercial, the protagonist is a vivacious fashion photographer who floors the celebrity in each of the two films with her confidence and youthful beauty, leaving them speechless when they realise she’s a mother.

The Mahesh Babu commercial has been shot by popular Tollywood director Trivikram Srinivas and cinematographer Ravi K Chandran. The Saif Ali Khan film on the other hand has been helmed by Vikas Sivaraman.

Dharmesh Shah, Creative Director, Draft FCB Ulka, Bangalore, said, “The challenge was to tread that thin line of appealing to new consumers while not alienating brand loyalists, which I think this film has done very effectively.”

This film is yet another milestone in the successful relationship between Santoor and Draftfcb Ulka, its agency of 20 years.