The campaign comprising six films has been conceptualised by DDB Mudra, Bangalore 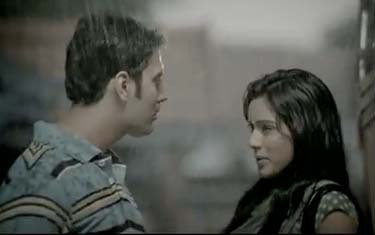 The campaign comprising six films has been conceptualised by DDB Mudra, Bangalore

TTK Prestige has launched its new promotional campaign to emphasise the attractiveness of its ‘Super Saver Offer’ by showcasing how anyone who comes to know of the offer becomes obsessed with it. The campaign has been conceptualised by DDB Mudra, Bangalore.

Over the years, TTK Prestige has created many brand properties to help achieve short-term sales targets. The month-long campaign highlights the free gifts and discounts on a wide range of Prestige kitchen appliances that the annual ofer scheme provides. The new campaign consists of six 15-second films on the theme ‘Ab sabke zuban per bas yehi’. Chandru Kalro, Chief Operating Officer, TTK Prestige, commented, “The task for this year is to connect and communicate this offer to the younger generation of homemakers. The challenge was to make it clutter-breaking and a memorable piece of communication given that the competition is stronger than ever.” Each of the six films starts with a done-to-death filmy scene: lovers parting at a bus stop, pregnant women interrupting a wedding ceremony, a police inspector investigating a murder scene, a witness at a court being sworn in, a son announcing his exam results to his tensed parents, and a rebellious son moving out of his parents’ home. This is followed by an unexpected twist where one of the protagonists, unable to contain his/her obsession with the amazing Super Saver promotion, reveals the offers. The films conclude with the ‘smart’ proposition of Prestige.

Explaining the concept, Vipul Thakkar, Executive Creative Director, DDB Mudra Group, said, “In order to break the clutter and avoid monotony usually associated with such communication, the films were made quirky and over the top. Every cliched nail-biting, filmy situation in the book was turned on its head and made to work for the Super Saver promo. So, regardless of what the cliched filmy situation is, the solution was always Prestige’s new promotional offering.”

With the constraint of a conservative budget, the six films were shot over two days in Ramoji Film City, Hyderabad, with talent being sourced from the regional film industry. The films were released in all South Indian languages besides Hindi.