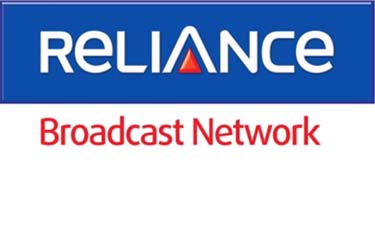 Reliance Broadcast Network Ltd has appointed Nikhil Mirchandani as Business Head - Television. Nikhil will be responsible for overseeing the BIG CBS channel network, PRIME, LOVE and SPARK along with all new channels being launched by RBNL in the near future.

Nikhil began his career with GE Capital as a Business Manager before making a career in the media & entertainment sector, where he has over 13 years of work experience in diverse companies like Sony Entertainment Television, Turner International, National Geographic Channel (NGC) and Star India. He was the Managing Director of NGC Network & FOX International Channels for over five years and in his last assignment he was the Executive Vice President & General Manager of Star One.

Speaking on Nikhil Mirchandani’s appointment, Tarun Katial, CEO, Reliance Broadcast Network Ltd. said “We are delighted to have Nikhil on board with us. Nikhil brings to the position, astute business sense and very high resourcefulness which are key to meet the challenging growth trajectory that our television business has set for itself.  We welcome Nikhil and look forward to his expertise in taking our television business to the destination we have envisioned.”

Speaking on his appointment, Nikhil Mirchandani said, “RBNL is a young multi media conglomerate with exciting plans for the future, including the television vertical. I look forward to the opportunity to be part of this rapidly growing organization, which has made an impactful start to its television business with the BIG CBS Network. With the experience I bring to the table combined with the rapid expansion plans of RBNL’s TV business, I am certain that together we will be able to achieve excellent results.”

In another development, the company has elevated Siddharth Bhardwaj as National Sales Head. As part of his new portfolio, Siddharth will be responsible for sales and revenue generation for the company’s 45 station radio network 92.7 BIG FM and the recently launched regional television channel, BIG Magic. Given the synergies between both businesses, Siddharth will lead the teams to market both these complementary businesses. As National Sales Head, he will report to Soumen Ghosh Choudhury, Business Head, 92.7 BIG FM.

Siddharth has been with the Company for the last 3 and half years and has ably spearheaded the North operations of 92.7 BIG FM as its Vice President. Under his proactive leadership, BIG FM North saw a significant year on year growth in its revenues. What’s more, the North cluster network, under his direction and guidance, also moved to leadership in listenership in the region.

Siddharth Bhardwaj has rich experience in varied sectors spanning 16 years. He started his career with Exide Industries Ltd., and later on moved to Elf Lubricant India Limited. He then joined Punjab circle of Bharti Airtel Limited and looked after its SME Business.

Speaking about the appointment of Siddharth Bhardwaj as National Sales Head, BIG FM and BIG Magic, Soumen Ghosh Choudhury, Business Head, 92.7 BIG FM said, “Siddharth understands the nuances of the radio business and has already added great value to 92.7 BIG FM North stations. I am extremely confident that Siddharth will add tremendous value in the national role for BIG FM and BIG Magic. His keen understanding of media sales combined with his persistence as a sales professional and team work are strong attributes that drive his success.”

Commenting on his appointment Siddharth Bhardwaj said, “RBNL is an extremely dynamic and growth focused organization with constantly evolving opportunities. I look forward to this new responsibility and hope my knowledge and experience in the entertainment industry, will allow me to work with the very capable sales team to be able to deliver greater growth for the organization. ”