One of the most awarded creative directors in Asia calls a quit at Third largest JWT office in the world. 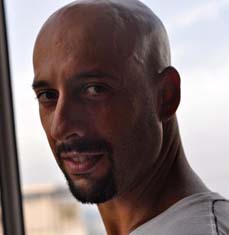 One of the most awarded creative directors in Asia calls a quit at Third largest JWT office in the world.

Finally, yesterday put an end to the three months old speculations floating around the exit of its  Chief Creative Officer- Adrian Miller. Reportedly Miller had submitted his papers almost three months back that was subjected to a denial by the agency. Interestingly, agency’s efforts to retain one of the most awarded creative directors of Asia was well known to the entire industry but the senior sources were always doubtful about Miller’s further stay in India. Finally, the agency has issued a press release announcing the Miller’s exit by the end of June, 2011.

Adrian joined JWT Delhi from Saatchi & Saatchi Malaysia in July 2010 and spent much of his time working on the re-launch of Airtel that marked the account’s entry to the door of agency as well as Miller.

Adrian had worked with Lowe Kuala Lumpur for two years before joining Saatchi & Saatchi. He has twice had work ranked in the top 10 of the Gunn Report. Campaigns he has led have won numerous awards at major international award shows. These include multiple Gold, Silver and Bronze Lions. Plus Gold awards at The One Show, Clio Awards, AdFest, Spikes Asia and London International Awards. He has been a judge at Cannes, Clio, D&AD, AWARD, Adfest and Spikes.

In a prepared statement, Colvyn Harris, CEO, JWT Harris stated, “Adrian is  a very talented and  accomplished creative and has decided to leave for personal reasons.  The agency will revert to the earlier structure of 5 ECD's based on respective client needs.   Adrian's departure is slated for the end of June.”

Said Adrian Miller, “Owing to personal reasons I have decided to leave India.  Having worked throughout Asia I am familiar with the challenge of moving across countries and cultures.”

Harris added, “With our talented team of creatives in Delhi overlooking and upholding our creative standards, I’m confident that we will continue to deliver to our benchmarks during this transition.”

The current creative leadership team of 5 Executive Creative Directors based in Delhi will continue to lead their respective teams working with their specific brand and clients responsibilities.