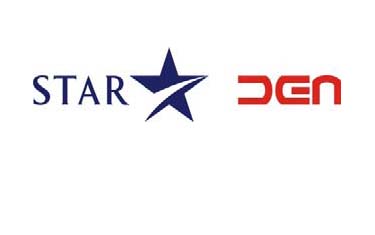 InCable has been avoiding signing the subscription agreement for channels offered on the Star DEN network and has been availing the services and transmitting signals to cable homes. All viewers having cable connection from InCable will face discontinuity in the supply of channels distributed by Star DEN until InCable renews the subscription agreement.

In reaction Gurjeev Singh Kapoor, CEO of Star DEN stated, “Non-compliance of this notification will totally deprive viewers of some of the major entertainment bouquets offered by Star DEN. As a company we remain committed to doing our best to protect the interests of the viewers in particular.”

Most of the cable TV operators that have been associated with Star DEN across India have negotiated and signed agreements thereby ensuring uninterrupted viewing of Star DEN bouquet of channels by their consumers.

“We have been negotiating with the operator to sign the subscription agreement but to no avail. We remain hopeful of reaching an agreement with InCable as soon as possible so that the TV viewers' interests will not be sacrificed in the process,” he added.