IPL 4 set for even higher brand recall than World Cup

The average number of brands recalled was on peak in India-Pak semi-final; Ormax Media predicts higher buzz level in IPL. 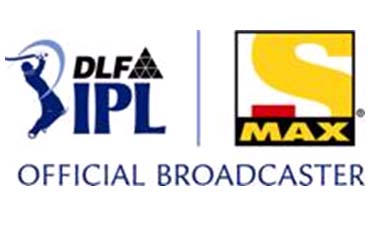 IPL 4 set for even higher brand recall than World Cup

The average number of brands recalled was on peak in India-Pak semi-final; Ormax Media predicts higher buzz level in IPL.

According to Ormax Media’s syndicated study on ICC World Cup Day After Cricket (DAC), the average number of brands recalled at an unaided level increased from 2.7 in Week 1 to 3.1 in the last week, peaking at 3.3 brands in the India-Pak semi-final.

The World Cup buzz increased as India performed well, especially in the latter half of the tournament. Speaking on the same, CEO & Co-founder of Ormax Media, Shailesh Kapoor, says: "The peak brand recall in the World Cup was 3.3. However, the average recall during IPL3 was 4.4 brands, peaking at upto 7 brands on the weekend. The key difference between the two events is that IPL doesn't have any major ICC regulations, and hence, has a lot more in-match innovations, like Karbonn Kamaal Catches, Maxx Mobile Strategic Time Out, DLF Maximum etc. This creates higher recall and buzz for these brands. Hence, it can be argued that IPL has more to offer to the advertiser per rating point, than the World Cup."

Day After Cricket is an industry-wide syndicated study that measures the advertising effectiveness on cricket – World Cup 2011 & IPL 4. The track for the study is being conducted daily during the event, among 7000 respondents across 6 cities - Mumbai, Delhi, Kolkata, Hyderabad, Bangalore and Chennai. The TG for the study is 15-34 year olds, Males and Females, SEC AB.

The daily and weekly reports focus on TOM recall, Unaided Recall, Ad Likeability and Innovation Association Recall. The mid and end-tournament reports will focus on macro understanding and analysis of cricket advertising.