Star Plus stays below 300 GRPs for the second consecutive week. 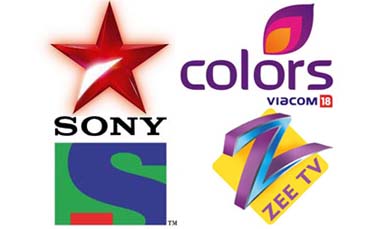 Star Plus stays below 300 GRPs for the second consecutive week.

Week 9 of TAM 2011 has witnessed a big reshuffle in the positions among Hindi GECs where Zee TV has replaced Colors to take the No.2 spot and SAB TV has outperformed Sony to become No.4 channel. As predicted, the ICC Cricket World Cup has started showing its colors on the Hindi GECs.

According to the TAM data released for week 9, the No.1 Hindi general entertainment channel Star Plus remains below 300 GRPs for the second consecutive week. Star Plus has recorded 297 GRPs this week (last week 299).

Another big reshuffle this week is between No.4 and No.5 position where SAB has outperformed Sony for the first time to take the No.4 seat. After losing a few GRPs last week, the channel has bounced back to 153 GRPs this week (last week 134).

At the other hand, Sony Entertainment Television has been continuously losing eyeballs to come down at 5th position. Sony has recorded 136 GRPs in the 9th week of TAM (last week 143).

Even No.6 player Imagine TV has seen a marginal loss this week and garnered 71 GRPs (last week 75).