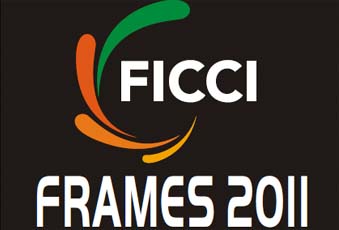 In 2010, the Indian Media & Entertainment (M&E) industry registered a growth of 11 percent over 2009 and touched INR 652 billion, says a FICCI-KPMG report. Backed by positive industry sentiment and growing media consumption, the industry is estimated to achieve a growth rate of 13 percent in 2011. Overall the industry is expected to register a CAGR of 14 percent to touch INR 1275 billion by 2015.

The report will be formally released at the inaugural session of FICCI FRAMES 2011 on March 23, 2011.

Overall for the M&E industry, 2010 was a year of great dynamism with growth across all sectors other than film. The report highlights a strong recovery in advertising spends as a key driver for growth. Advertising spends grew by 17 percent to INR 266 billion and accounted for 41 per cent of overall industry size.

While television and print continued to dominate the Indian M&E industry, sectors such as gaming, digital advertising, and animation VFX grew at a faster rate and show tremendous potential in the coming years.

Contrary to most other markets in the world that continue to witness an erosion of the print media industry, in India, the sector witnessed a growth of 10 per cent in 2010 and is expected to continue to grow at a similar pace over the next five years. Rising literacy levels and low print media penetration offer significant headroom for growth. Television meanwhile saw a tremendous increase in the net DTH subscriber base totaling to 28 million

at the end of 2010. Backed by growth in advertising and subscription revenues, the television industry grew by 15.5 per cent in 2010 and is expected to grow at a CAGR of 16 per cent to touch INR 630 billion by 2015. Television is expected to account for almost half of the Indian M&E industry revenues, and more than twice the size of print, the second largest media sector.

According to Rajesh Jain, Head of Media and Entertainment, KPMG, “The resurgence in advertising, growth in subscription revenues, thrust on digitization, and emerging avenues for content monetization were the key growth drivers for the Indian Media & Entertainment industry in 2010. However going forward, it will become imperative for media companies to reset their business models and build greater focus on profitability and changing consumer preferences”.

In 2010 social media gained significant popularity as a marketing and gaming platform. Commenting on the power of social media, Jehil Thakkar, Executive Director, Media & Entertainment, KPMG, said “Social media offers advertisers and content owners the ability to directly connect with their consumers/audiences. Businesses are now beginning to understand the power of this tool and integrating it into their core marketing plan to reach out to their target audience”.

Digitization continues to be a key growth driver for the Indian M&E industry and this trend was even more pronounced in 2010. Film studios saw greater adoption of digital prints over physical and it was the first time in India that digital music sales surpassed that of physical unit sales.

DTH achieved robust growth of 75 percent in net subscriber base by adding 12 million subscribers in 2010. With the regulatory push on digitization, ongoing 3G rollouts, increasing mobile and broadband penetration, the market for digital distribution platforms is only expected to grow.

Backed by the increasing purchasing power across tier 2 and tier 3 cities, regional media consumption is expected to continue to rise. In the print sector, revenues from Hindi and Vernacular segments are expected to catch up with English which has to date enjoyed a majority share. Realizing the power of regional media, national and foreign players have ventured into regional markets and several others are likely to follow suit. Meanwhile regional players have achieved scale and are now looking to go national and build a pan India presence. Geographical expansion by existing players in television, print and radio is expected to intensify competition and leading to interesting times for these industries.

The past decade marked the convergence of media and technology; of user generated content, social media and new publishing models that have changed the way of media consumption. These changes in the way media is consumed are being driven by factors such as content pull from telecom service providers due to the 3G launch, emerging gaming platforms and innovation in technological devices such as tablets. Convergence of media, m-commerce and emergence of an app economy are the expected trends likely to emerge. Availability of infrastructure and appropriately pricing content across these new media platforms are expected to be critical success factors for the Indian market.

The Government’s thrust on digitization and addressability for cable television, is expected to increase the pace of

digitization leading to tremendous growth in DTH and digital cable. The phase III auction of radio is expected to add ~700 licenses across tier 3 and few tier 2 towns. Moreover, TRAI has submitted recommendations to the government to increase the FDI limits across several broadcast and distribution platforms including Radio, TV, DTH and cable. As the government, regulatory bodies and members of the industry actively work together, reforms that aid the development of Indian media companies will act as a catalyst to the growth of the sector.

Increasing audience segmentation is driving content and delivery. Television showed signs of this growing trend through the launch of several new niche channel genres such as food, action movies etc. Similarly, movies targeted at specific segments of the society that seem to capture the vibe of the local audience and their social issues appear to have found an audience. It has now become a business prerequisite to assess trends for continually changing customer preferences, lifestyles and media buying habits and to incorporate the understanding in focused content, marketing and delivery strategies for each target audience segment.

With increasing fragmentation and intensity of competition, a deeper understanding of cultural and social references through focused study groups will enable players to target their consumers specifically and build loyalty.

It is becoming increasingly important for industry players to continuously innovate new formats and strategies in order to enable brand loyalty help expand the market.

Mature players are increasingly looking to build scale across the media value chain and explore cross media synergies. In addition, existing foreign players are looking to expand their Indian portfolio and several other are expected to make and entry into India. Inorganic growth is likely to be a preferred route for many of these players. With increased digitization and accountability, Indian media companies are also expected to generate greater interest from private equity players.