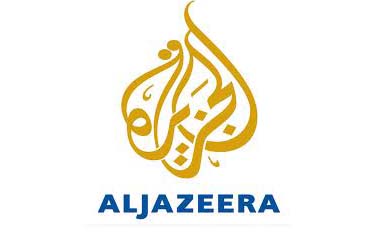 It was a day before Egypt got freedom from Hosni Mubarak. Every news channel from BBC to the CNN was running videos from Tahrir Square sourced directly from Al Jazeera. The sources were checked and cross checked with Al Jazeera before any news was aired.

Qatar based English news channel shot to fame when it aired videos of Osama Bin laden and since then the channel has become champion of Middle East and certainly the most reliable news source of the region.

The global English news channel has finally got permission to begin its broadcast in India. The English channel launched in 2006 has 65 bureaus around the world. Its Arabic and English language channels are now watched by over 20 crore viewers in 100 countries.

Q) Can you tell us about channel’s distribution plans?

We are aggressively but stepwise working to strengthen our distribution network. We are in talk with every single distribution company. Our commercial department in London is taking care of all such talks.

Our main focus is to be present on all DTH platforms in India to reach maximum influential and English speaking masses. There is an appetite for Al Jazeera in India and it is working both the ways. While we are willing to come on all the DTH platforms, the DTH players are also willing to showcase Al Jazeera on their network. Very soon, Al Jazeera will be available on all major DTH networks in India.

Our second priority is Digital cable which is also in progress. While local cable operators have already started airing Al Jazeera, major cable networks are also in the pipeline. Like in Kerala, we are present on over 300 cable networks and we are signing 400 to 500 operators in Kolkata next week.

Q) What is the route set for marketing and sales?

We are planning to hire 4-5 people to handle marketing and distribution while sales team would be operation from the last quarter of the year.

We strongly believe that our content markets for the channel where we have established many milestones through our quality of journalism. Our coverage speaks itself and in future also, we may not be bullish on marketing, rather we will concentrate on the quality of content. Al Jazeera is a state funded channel and we have less dependence upon ad revenue. Hence, our primary focus would be to enrich our reach first and then to go for sales, when the law of the land allow us to do so towards the end of this year.

Q) Are you apprehensive about the Indian market as there is too much competition?

General perception about Al Jazeera has changed and it is changing as people watch the channel once. Now the channel has got worldwide reach and praised all over. So it is just a matter of some time only for Indian audience too.