COLORS launches on the NOW TV Platform in Hong Kong 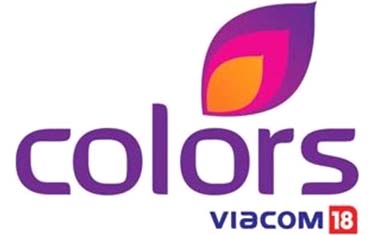 COLORS launches on the NOW TV Platform in Hong Kong

Viacom 18 Media Pvt. Ltd, an equal joint venture between Viacom Inc. (NYSE: VIA and VIA.B) and Network18, one of India’s leading entertainment conglomerates, has announced the launch of its flagship channel, COLORS in Hong Kong. Audiences will soon get to watch COLORS as Viacom18 collaborates with Hong Kong’s NOW TV platform to bring India’s favourite Hindi Entertainment Channel to their homes. NOW TV that is a part of the PCCW group is Hong Kong’s leading pay-TV operator and one of the world’s largest commercial deployments of IPTV. The service provider carries more than 190 HD and SD channels of local, Asian and international programming, a bulk of them being brought to Hong Kong viewers exclusively. COLORS will be available as a-la-carte channel and offered to subscribers in the foreign language line-up for a monthly subscription of HK$78. The channel can viewed on Channel 780 on Now TV.

Speaking on the occasion Gaurav Gandhi, Head - International Business Viacom18 said “We are excited to expand our distribution base in South East Asia and reach out to the Hong Kong audiences through Now TV. There is a huge and growing demand for Hindi GEC content in overseas markets as Diaspora would like to stay connected to their roots and watch the same programming that their family back home enjoys. In just 3 years since it launched in India, we have managed to expand & strengthen COLORS’ overseas distribution base to close to 40 countries.”

Janice Lee, PCCW's Managing Director of TV & New Media, said, “With the addition of COLORS now TV will be offering a total of nine top-class Indian channels and video-on-demand service. It demonstrates our commitment to providing our customers across the community with the best entertainment programs.”

Viewers in Hong Kong will NOW be able to watch their favourite Indian Fiction shows including Balika Vadhu, Na Aana Is Des Laado, Phulwa and Uttaran the same day as the Indian telecast. In addition they can also look forward to an exciting line –up of reality shows India’s Got Talent 3 and Bigg Boss Season 5 to be hosted by superstars Salman Khan and Sanjay Dutt. The channels will also premier Bollywood’s latest blockbuster films like ‘Ready’, ‘Dabbang’, ‘Tees Maar Khan’ etc every month.