He comes in here from TBWA, where he was the Creative Head. 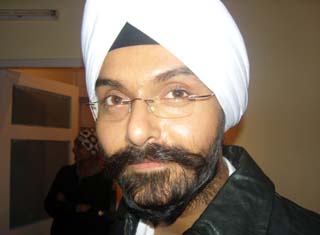 He comes in here from TBWA, where he was the Creative Head.

Trarvindejit has also worked as part of international teams on MasterCard, Gillette, Hitachi

and Adidas.  His campaign for Daygum Protex was chosen by Perfetti Europe after a pitch involving agencies across the world.

Chraneeta Mann, ECD, Rediffusion – Y & R, Delhi said, “Tarvinder is a welcome addition to our creative team in Delhi. He is a seasoned writer and has a vast experience across many brands. He has done some particularly insightful work in the past and we hope to have him bring that same understanding of human insights into the work he does on LG. I am sure he will contribute hugely to taking the brand to greater heights”

Abhik Santara, VP, Delhi said, “Rediffusion Delhi office is going through a very interesting phase. We are not only growing with our existing clients but also looking at new prospects. LG is one of our most prestigious clients and we have very strong relationship across all verticals. With Tarvinder on board we hope to further strengthen the Rediff-LG engagement and raise the creative bar”

Tarvinderjit Singh, Creative Head - Copy, Delhi said, “I am really excited to work with an agency which has an enormous legacy to showcase. I am eagerly Iooking forward to doing some path breaking and clutter free work”

Tarvinder is the quintessential Man's Man. He loves to surround himself with people; and then entertain them with his wit.  He loves cars and is a keen follower of Formula 1. He is just as keen on keeping himself abreast with the latest in politics and economics from around the world. Francis Fukuyama, Malcolm Gladwell, Tom Friedman, Fast Company are some of his favourite reads. While Jon Stewart and Fareed Zakaria are his TV favourites.