After a year of criminal entertainment, FOX Crime, releases its first awareness and engagement campaign; watch the TVCs here. 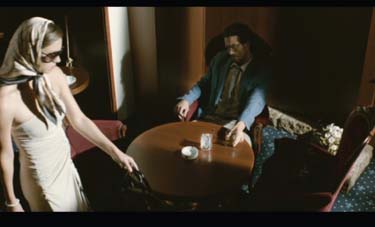 After a year of criminal entertainment, FOX Crime, releases its first awareness and engagement campaign; watch the TVCs here.

Brush your magnifying glasses and don your investigative hats as FOX Crime brings home the biggest crime mystery for you to solve! A one stop destination for crime entertainment in the country; FOX Crime is all set to launch an innovative, and engaging awareness campaign released on 25th August across all leading television networks in the country.

Crafted and executed by Ogilvy & Mather, the campaign will give a unique opportunity to viewers across the country to solve a crime mystery using a series of clues on digital.  The objective of the campaign is to create awareness for the channel amongst core TG and further excite and engage them in a truly innovative and one of a kind manner. Outdoor, Radio and Print are also used to build the buzz.

Speaking about the campaign, Jyotsna Viriyala, Vice President, Star India said, “A highly consumed and involving genre needed a dedicated channel and that’s where FOX Crime fits in. While other English GEC’s in India have Crime and Investigation series as a part of their programming mix, FOX Crime will straddle spaces within the crime and investigation umbrella, whether fictional or factual. The channel will source content from all over the world. So if you’re a crime junkie and love to fuel the detective in you, then this is the place to be! This campaign is essentially an awareness campaign and will be as involving as the genre itself.”

The objective of the campaign is to get India glued to Fox Crime.  Make Fox Crime the destination for crime related programs. Own crime.  Fox Crime = Crime

“The brief was really to be synonymous with crime content in India. The idea originated from the fact that of the different movie genres that exist the one that enamors people the most is detective stories. (Of the top 10 best sellers around 7 are of this genre ). There is a sense of vicarious pleasure that viewers experience when they put themselves in the shoes of the detective and try and solve the mystery. The mental stimulation, the ‘mind games’ gives viewers a sense of fulfillment when they are able to solve the crime (sometimes even before the detective does ). The campaign attempts to bring alive this phenomenon. Get people to become detectives as they try to solve the crime that we have presented to them. Basically get India to solve a crime. TV & Digital have been used as critical mediums to build participation, interactivity and engagement. So all Sherlock Holmes out there go for it!” said Navin Talreja, Managing Partner, Ogilvy Mumbai.

The insight is based upon the fact that there is a detective in all of us - We itch to read the last page of a mystery novel. We always tend to guess the probable criminal when we watch a crime program. It is to do with the inherent need to solve problems and put the pieces together.  Therefore the campaign idea was to bring out the detective in all of us.

The creative team met different Crime fiction enthusiasts to understand the broad triggers and key drivers that make them gravitate towards Crime Fiction. The learning was universal: Crime fiction is mentally stimulating – It invokes the problem solver / thinker in all of us. Crime Fiction = Mind Games

The Creative thought finally evolved as “Fox Crime. Whodunnit?” As Sukesh Kumar Nayak, Sr. Creative Director said, "Our idea challenges the consumers to go beyond watching. It makes them participate. Challenge the detective in you to solve the clues that not just solve the crime but also reveal the film in the correct order."

For the first time in the history of Indian advertising, three jumbled films have been aired on national television. Each of these films will tell a different story to the viewer almost misleading him to believe that there are multiple victims, multiple murderers, multiple motives... leaving them with a mystery to solve.

Through these films we will ask the viewers to put on their detective hats and go online to www.foxcrimeindia.com where they will have to themselves solve / decode the actual crime case. They will have to solve several clues along the way, which will help them deduce the actual case and to put the right pieces together. Once they have cracked all the clues is when they will actually solve this mystery case.

These 30 Sec teasers will be aired for approx. 2 weeks following which the final reveal Film – ‘Solved Case’ will be premiered on national television and in the online space.

Five lucky detectives who manage to solve the case will get a chance to visit the National Museum of Crime & Punishment in Washington D.C.

“What better way to launch a crime channel but to get an entire country to solve a crime,” added Heeral Akhaury, Sr. Creative Director.

Besides TV & digital – our lead mediums, we will use OOH, Cinema and Radio to create the much needed buzz among our TG. Each of these mediums will direct traffic to the website www.foxcrimeindia.com where they will be able to solve this case using various digital touch points.