Emphasis on the big leap bound to happen in the digital marketing space in India and the nitty-gritty’s of the digital business. 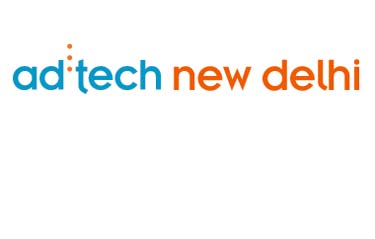 Emphasis on the big leap bound to happen in the digital marketing space in India and the nitty-gritty’s of the digital business.

After witnessing the hoopla of the recently held Goafest, the advertisers couldn’t ask for more. As the maiden innings of adtech 2011 held at the Leela Kempinski, Gurgaon saw a slew of industry experts not only sharing their views on the digital medium but also emphasising on the must- haves tools essential for companies in the socially connected world.

The opening session was presented by  Babs Rangaiah, Vice President Global Communications Planning, Unilever named "It's Our Time", wherein he described the present market situations to be the most exciting year challenging times for the marketers.

In the digital platform, the new client acquisition is equally important as the retention of an existing consumer wherein video and mobile will be largest drivers for online platform. The panellists also cited that there are approximately 40 MM mobile internet users downloading 30 MM apps a week burgeoning the advent of mobile platform in a never before manner.

Wasim Basir, Director - Integrated Marketing Communication, Coca-Cola India said in his presentation, “Digital should not be gut based but fact based.”

Besides the seminar hall, the expo valley too was fluttered with companies like Blyl, Jivox and Jagran Solutions demonstrating their application and case studies execution.

The day ended on an enthusiastic note with a high-powered seminar by Rajan Anandan, Managing Director and Vice President for Sales and Operations, Google India stating the huge numbers in the Indian market. He stated, “India has around 100 million Internet users, 30 million from home 40 million from office and 20 mil from cafes, making it a great number for making brands.”

Watch out for Day 2!