Creates a TVC for Centre for Social Research that urges a fair chance for the girl child; watch the TVC here. 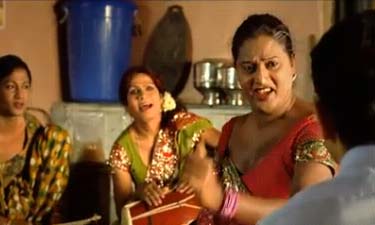 Creates a TVC for Centre for Social Research that urges a fair chance for the girl child; watch the TVC here.

Mudra North & East has come up with a unique campaign for Centre for Social Research (CSR) which is dedicated to creating a violence-free, gender-just society.

The film addresses the unfortunate fact that the girl-child is shunned, discriminated against and often murdered in India. The spot is based on the belief that all a girl needs is a chance. A fair chance. Once she has that, nothing can stop her from shining.

It’s an unfortunate fact that the girl-child is shunned, discriminated against and often murdered in India. The birth of a girl is not an occasion of happiness, but one of disappointment. Parents go to great lengths to avoid this occurrence. They pray, perform pujas and the more affluent just opt for a sex selective abortion. After all, it’s just a clinical procedure. It’s not actually murder. They aren’t like those villagers who kill their infant girls by clubbing them on the head or drowning them. India’s daughters are a disappearing lot. Almost 500,000 every year.

Even if she makes it, a girl is lucky if she gets to go to school, is fed as well as her brothers and is safe from violence. All her life she’s aware that she’s second best, a financial burden on her parents, a ‘bad’ investment that will eventually be of more use to her future married family than her parents.

Centre for Social Research’s mission is to create a society that is humane, equal and gender-just. A large part of the challenge lies in changing mindsets and in encouraging people to treat their daughters the same as their sons.

The spot is based on the belief that all a girl needs is a chance. A fair chance. Once she has that, nothing can stop her from shining.

The film opens on a man entering a Hijra colony. He is teased mercilessly as he bravely ventures deeper, looking for someone. Finally, he spots the hijra he is looking for and starts talking to her like she’s an old friend. Seeing her blank face, he reminds her that she had visited his home, fifteen years ago when his daughter was born. The Hijra asks him if he had given her a mansion that she should remember him. This is when he actually admits that he had sent her away empty-handed. The man then takes out a wad of cash, pressing it into the hijra’s hands. He tells her that he has come to set things right today.

It ends with the pay-off explaining that your daughter will make you proud one day. Treat her same as your son.

A group of hijras visiting a house on a happy occasion such as the birth of a child is considered auspicious. In fact it’s standard practice. The Hijra community lives marginalized, on the periphery of mainstream society and yet no joyful event is complete without them. They negotiate hefty amounts of money in return for their blessings. Of course, if the child born is a girl, the going rate is far less. Some folks may even turn them away. Using this deep-rooted cultural practice in the film and then turning it around, we are able to seed our message at a very basic, almost subliminal level.