He joined Viacom18 about a year back from Turner Entertainment as the CCO and the Head of International business. 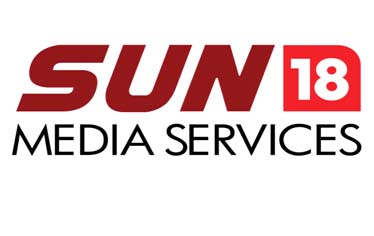 He joined Viacom18 about a year back from Turner Entertainment as the CCO and the Head of International business.

Sun18 Media Services North Co., strategic alliance between Network18 and the Sun Network, today announced the appointment of Gaurav Gandhi as its Chief Operating Officer. In his elevated role, Gaurav will report into Rajesh Kamat, Group COO Viacom 18 and the Executive Director on the board of SUN18 North.

Speaking about the appointment, Haresh Chawla (Group CEO – Network18 & Viacom18) said, "Given Gaurav’s experience and performance, we’re confident of him leading Sun18 North to a dominating presence in this high-growth domain, in time to come.”

Gaurav joined Viacom18 about a year back from Turner Entertainment Networks as the Chief Commercial Officer and the Head of International business. Over the last 8 months, Gaurav has expanded the Viacom18 brands in more than 30 countries and streamlined commercial operations between all the Viacom18 businesses. Gaurav will continue to head the International Business for Viacom18.

Sun18 today distributes a total of 33 channels across all platforms in India via all networks including cable, DTH, IPTV, HITS and MMDS from Network18, Viacom18, Sun Network and Disney India Network. With the 33 channels from these networks, the Sun18 bouquet is already the highest GRP delivering bouquet in the Indian television space.